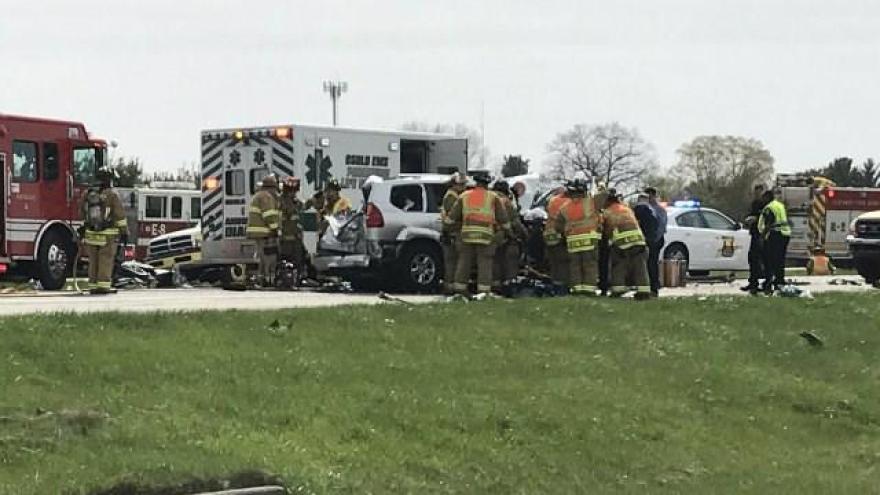 All lanes of the Indiana Toll Road have reopened following a three vehicle crash in the westbound lanes just west of County Road 113.

Indiana State Police say traffic in the area was slowing down for construction. The SUV and the semi-trailer were nearly stopped when the semi with the tanker failed to slow and swerved, striking the rear of the SUV and forcing the vehicle into the semi-trailer.

The driver of the 2007 Lexus SUV, 24-year-old Alissa Cook, was airlifted to Memorial Hospital by MedFlight.

Officials also report the driver the tanker semi was 72-year-old Leroy Carr of Alabama. He was transported to Elkhart General Hospital with minor injuries.

The driver of the semi-trailer, 64-year-old George Wagner of New York, was not injured in the crash.

All injuries are said to be non-life threatening.

The crash is still being investigated.

This story was first reported by The Elkhart Truth.