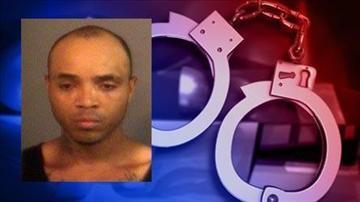 ST JOSEPH COUNTY, Ind. – An inmate who was at the St. Joseph County Courthouse for a scheduled appearance escaped from custody for a short time Wednesday morning.

According to reports, Timothy Patterson was being escorted by Transportation Deputies when he ran from their custody on the lower level of the courthouse building.

Patterson was being held on domestic battery, felony OWI and a hold for LaPorte city.

"Any one of those charges did not carry a significant amount of time,” said Lieutenant Matt Blank of the St Joseph County Sheriff’s Department.

Patterson ran up the stairs and exited the building through the emergency exit, according to reports.

Deputies in pursuit did not lose sight of Patterson, according to reports.

Patterson then ran to the parking garage at Main and Wayne streets where he was captured.

Blank says he was on the run for under ten minutes.

"Statistically, most people who make an escape attempt, or actually do escape from custody, get caught within a fairly short period of time,” said Blank.

According to reports, inmates are normally restrained with waist chains and shackles around the ankles. Patterson had a documented ankle injury and was not shackled at the ankle.

"As a result of this incident we certainly need to take a look at anything that we might improve upon or need to change; whether it be a policy or procedure, or maybe even a training issue,” said Blank.

The sheriff's department may also look into adjusting when they bring inmates to the courthouse by relying more on videoconferencing equipment at the jail.