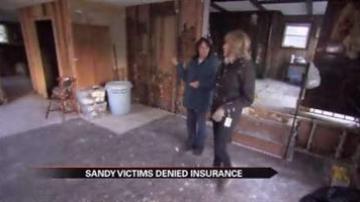 NEW YORK. -- In New York victims of Superstorm Sandy are being denied insurance claims for their destroyed items.

One woman from Brooklyn said she had just purchased all new furniture.

And now her insurance company claimed her deluxe homeowner's policy covered hurricanes and winds but not floods.

And that the flooding is ultimately what destroyed her belongings.

"Water was coming out of the tubs, out of the toilet," said Peggy Taylor, Superstorm Sandy Victim. "She said you're not entitled to anything.  You don't have flood insurance."

If you're not sure what your insurance covers, you are encouraged to ask your provider.

6 South Bend Firefighters being quarantined, one tests positive for COVID-19