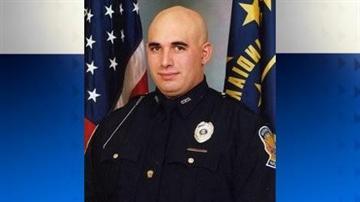 GOSHEN, Ind. -- The Indiana State Police have finished their investigation into a deadly shooting by a Goshen police officer.

On Sept. 27, Melvin Bledsoe led police on a 10-minute high-speed chase.  The chase ended when Bledsoe crashed his truck into a building.  Shortly after, officer Joshua Havens shot and killed Bledsoe.

The Elkhart County Prosecutor's Office said the completed state investigation was handed to them this week.

The prosecutor's office will now review the case and said it will most likely go before a grand jury.

Havens been with the department for five years.

It was the first time in 41 years that a Goshen police officer shot and killed someone.