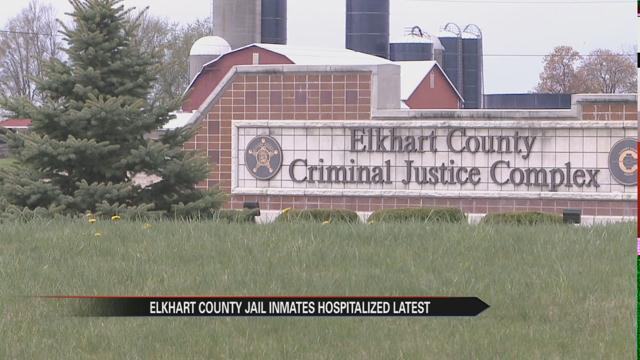 The investigation into why five inmates suffered seizures at the Elkhart County Correctional Facility is continuing. The Elkhart Sheriff's Department says this is a rare situation.

Captain Jeff Siegel of the Elkhart County Sheriff's Department says this is the first time five inmates at one time have been suspected of using a smuggled substance inside the correctional facility.

“I really can't say what it was. All I know is there was some smoke in the air – I don't know what kind of smoke-able product it was. We will have to wait for the lab to tell us officially what it was,” said Captain Siegel.

Siegel said it could take weeks for investigators to determine what that product was, but how it got into the facility could be solved sooner.

“I have an idea of how the substance got in but without the investigators it would be a little too early for me to say,” said Captain Siegel.

There is no direct contact allowed during visitation so visitors could not have helped smuggle the product in, leaving Captain Siegel with only two other suspicions.

“We have had situations in the past of officers trafficking with inmates. The third way is people who are subject to coming into the facility conceal these items on their persons,” says Captain Siegel.

The captain says concerns of a contraband breach are something officers deal with on a daily basis.

“There is always that concern. That is why we are always going through the wards and searching the inmate areas, where they stay. That's also why we have the two corrections investigators that work over there full time so that way they and the other corrections officers can stay on top of these things," said Siegel.

Captain Siegel says investigators hope to be able to determine how the substance got into the facility.

Until then, everything from policy, officers, equipment, and search techniques will be reviewed.