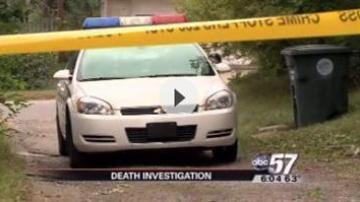 SOUTH BEND, Ind. -- ABC57 was told that an autopsy is being done in connection with a suspicious death in South Bend.

The Saint Joseph County Prosecutor’s Office says the Metro Homicide Unit was called out to Woodside Street on Sunday.

They say Nicolas Smith was found dead at a home there.

Neighbors told ABC57 that Smith lived at the home with a woman and they would sometimes argue.

But they added the couple usually kept to themselves.

Investigators hope the autopsy will tell them if Smith was murdered, or if he committed suicide.