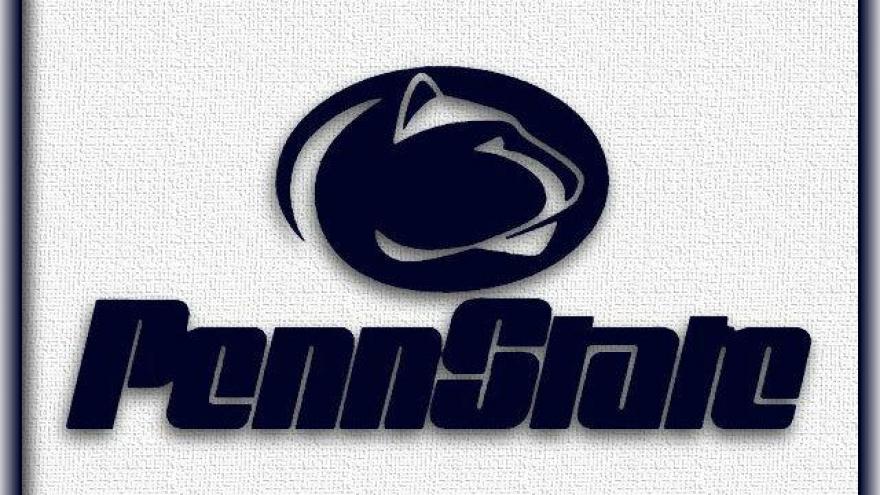 (CNN) -- Eight members of a Penn State fraternity were charged Friday with involuntary manslaughter in the death of a student after a night of heavy drinking, the local district attorney's office said.

The cause of death was traumatic brain injury that resulted from several falls, including a fall down a set of basement stairs, according to a 65-page statement issued by Centre County District Attorney Stacy Parks Miller after a county grand jury investigation.

A forensic pathologist calculated Piazza had a blood alcohol content between .26 and .36 percent at one point during the night -- an amount that would render him "stuporous" and be "life-threatening," the statement said.

The fraternity, the grand jury said, "cultivated such a permissive atmosphere regarding excessive alcohol consumption that Timothy Piazza's death was not simply an unfortunate accident, but was the direct result of encouraged reckless conduct that demonstrated a reckless disregard for human life, or a reckless indifference to the possible consequences of such conduct."

Penn State President Eric Barron called the series of events that led to the death "sickening and difficult to understand."

A night of heavy drinking

Piazza and other pledges showed up at the frat house on "bid acceptance night," when they were formally invited to join the fraternity, Miller's statement said.

They then ran "the gauntlet," which a pledge described as going from station to station and drinking alcohol at different stops.

"The purpose of the gauntlet is to get the pledges drunk in a very short amount of time," the statement said. The night of February 2, the pledges consumed four to five drinks of wine, beer or liquor in a two-minute period, the statement said, quoting a police officer who questioned pledges.

"He was injured and injuries were visible on his stomach. There were people that viewed injuries to his head. They let him lie on a couch. They hovered over him for a number of hours. And as the night progressed it appeared from video we have from the whole incident that his injuries worsened," the district attorney said in a news conference.

"Throughout the night, Timothy got up and fell more times. In the morning ... this young man fell again down those stairs and he laid at the bottom of those stairs for a number of hours. And when they brought him up this last time, he was in dire ... need of help."

The fraternity brothers appeared to be frightened and some searched on Google about what to do for a head injury.

"They literally delayed getting him help. And when they finally did call for help they did not tell anyone that he had fallen," Miller said. "When he arrived at the hospital it was too late."

Pledges were instructed by frat leadership to clean up the house and get rid of any evidence of alcohol, the prosecutor's statement said. Frat members communicated through the "GroupMe" application and discussed deleting online conversations before they talked to authorities.

Online searches on one frat member's phone included "hazing deaths," "how many drinks are in a 1.75 liter bottle" and "how to calculate BAC, blood alcohol content," the report said.

The eight charged with involuntary manslaughter were among 18 fraternity members who were charged in connection with the case. Hundreds of charges were lodged, the largest number of counts against a fraternity in recent history.

The fraternity president, Brendan Young, was one of the eight charged with involuntary manslaughter. All 18 are charged with a range of counts including hazing, reckless endangerment, tampering with evidence, and alcohol-related offenses.

Young discussed what might happen in a GroupMe conversation with another frat member, the report said.

"They could get us for giving him alcohol that contributed to his death," he wrote. "Also the guys taking care of him didn't call an ambulance right away, so they could get in trouble for negligence. I just don't know what I'm liable for as president."

Beta Theta Pi presented itself to the public as a "dry house," the university president noted.

But one frat member told the grand jury that a slush fund was created to purchase alcohol, with members kicking in $250 so they could drink alcohol at fraternity social events.

A police detective said he collected $1,179 in receipts for alcohol purchased by one frat brother in the eight days before the February 2 initiation. Included in the purchases were numerous cases of Crown Rouse vodka and Natural Light beer, 15 cases of Four Loko malt liquor and multiple boxes of wine.

Other fraternity members said they never checked IDs to see if anybody drinking was underage.

A lawyer for the Piazza family, Tom Kline, issued a statement saying Penn State and fraternities have created a "culture of permissiveness."

"As in the Sandusky matter, it is a national moment for every university to take stock of what's going on in this culture of debauchery that occurs in the fraternities in American universities," he said.

The grand jury report also criticized the entire Penn State Greek community as a whole, saying it "nurtured an environment so permissive of excessive drinking and hazing that it emboldened its members to repeatedly act with reckless disregard to human life."

The Penn State Interfraternity Council issued a statement saying its "thoughts continue to lie with the Piazza family as the justice process moves forward." It stressed the importance of leading change that would "prevent a senseless tragedy like this" again.

Jud Horras, president and CEO of the North-American Interfraternity Conference, has been critical of Penn State's leadership on this issue, and says the university has not taken the critical steps needed to solve this problem. Horras said he is meeting with the Penn State president next month.

"We have known about concerns and challenges there (at Penn State) for quite some time. They've had alcohol concerns, hazing concerns, drug abuse. There have been a lot of concerns at Penn State," he said.

Beta Theta Pi International Fraternity described the "nature of those charges" as "incredibly disheartening as the organization and its membership continue to grieve Tim's passing and the pain experienced by his family."

Penn State permanently banned the fraternity from operating a chapter on campus.