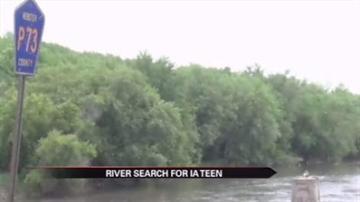 Police say the 15-year-old was kidnapped in late May but only a small amount of her blood has been found.

Crews have searched as much as they can on land. They are now turning to the water since the river levels have finally dropped.

"It might be a 20 mile stretch of river," said Webster County Sheriff James Stubbs. "It just depends how much we can get done at one time."

The man police believe kidnapped the teenager has since been found dead.

Another girl was taken at the same time. She was able to escape.