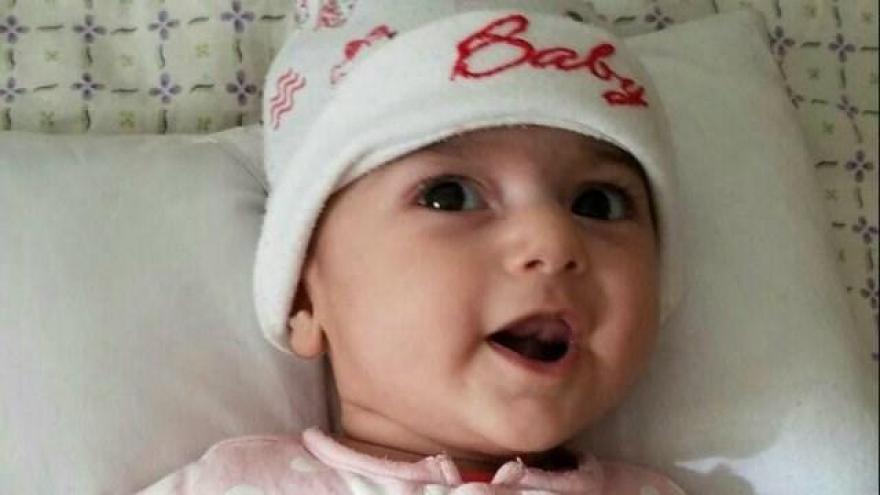 (CNN) -- An Iranian baby with a serious heart defect may soon get the medical attention she needs in the United States.

The girl and her family -- caught up in President Trump's immigration ban -- have received an all-clear to enter the US for critical surgery, N.Y. Gov. Andrew Cuomo announced Friday.

Fatemeh Reshad's parents were scheduled to meet with doctors in Portland, Oregon, on Sunday, but were barred from traveling from Tehran to Portland, Fatemeh's uncle, Samad Teghizadeh, told CNN Thursday.

Several congressional Democrats released a letter Friday evening asking for Secretary of State Rex Tillerson to grant a waiver for the child and her parents to come into the country for surgery.

Though the baby's heart surgery is still in limbo, Cuomo released a statement on Friday about the family being able to come to the US.

"This evening we were pleased to learn that the federal government has now granted Fatemeh Reshad and her family boarding documents to come to the United States," Cuomo said.

"We will continue to work with the International Refugee Assistance Project and their partners to ensure this baby receives the treatment she needs, and fight for those being unfairly shut out of America's gates by this policy," Cuomo said.

Mount Sinai Hospital, in New York also offered to provide the surgery and medical care at no cost to the family, Cuomo said in his release.

"The family decided that it would be best to have their daughter treated at OHSU Doernbecher Children's Hospital because of the hospital's pediatric cardiology expertise and family support in Portland," co-counsel Jennifer Morrissey told CNN Friday.

Teghizadeh, who has been an American citizen for seven years, lives in Portland with his parents -- Fatemeh's grandparents -- who are also US citizens.

"Everything is going great and we are bringing her here to Portland," Teghizadeh told CNN Friday.

Though flight details are still being sorted out, the family is expected to travel "early next week," Morrissey said.

Last month, Iranian doctors in Tehran told baby Fatemeh's family that the 4-month-old has structural abnormalities and two holes in her heart, but they lack the resources to treat the infant.

Fatemeh and her parents boarded a flight to Dubai on Saturday, but they were rerouted back to Iran and told to reapply for a US visa in 90 days.

Teghizadeh worried his niece will not make it until then.

The delay comes after Trump's executive order put an abrupt stop on travel to the US for citizens of seven Muslim-majority countries, including Iran.

A call for help

Many state and federal officials have intervened on behalf of the family, a Washington, D.C.-based immigration attorney working on the case, Amber Murray told CNN.

Attorneys involved with the case worked with State Department officials to help the family obtain an emergency waiver to navigate around the ban.

"I find it deplorable that an infant, who was supposed to come to Oregon to receive much needed lifesaving care, was not able to access that care at Oregon Health Sciences University."

The governor's office has connected with the family to determine if medical help can be provided, spokesman for Gov. Brown, Bryan Hockaday, told CNN.

Merkley hopes to use whatever leverage he has to help, he "has taken interest in the case and assigned a case worker from his office to work as a facilitator between the family and immigration lawyers," the senator's communications director Sarah Hottman told CNN on Thursday.

"He's involved and very personally interested in this issue, being very opposed to this ban as its having potentially devastating effect on lives," Hottman said.

That leverage apparently included the letter to Tillerson, which Merkley's office sent with all other congressional Democrats from the state.

"Whether Fatemeh and her family are allowed access to this urgent and necessary medical care in the United States will determine whether she lives or dies," they wrote.

The Democrats said granting the waiver would be "moral and humanitarian" as well as send a signal that "even in the face of highly strained diplomatic relations, the United States offers help to those suffering tragic circumstances."

Doctors from around the country, also from Canada and Germany, have responded to calls for help, Murray told CNN.

"She has a fairly complicated anatomy with a muscular VSD," Murray said.

A ventricular septal defect (VSD), is a common heart defect present at birth due to an abnormal connection between the ventricles or lower chambers of the heart, according to the Mayo Clinic.

Doctors are awaiting more of Fatemeh's medical records but in addition to having a VSD, the initial diagnosis indicates she also has other heart complications including an atrial septal defect -- a "hole" in the wall that separates the top two chambers of the heart.

Fatemeh's family is hoping a doctor will perform the surgeries pro bono.

Doctors in Tehran sent the results of Fatemeh's echocardiogram to doctors in Portland who reviewed her case said she needs to be operated on urgently, projecting that while Fatemeh has a long road ahead -- at least two surgeries will be necessary to fix the holes in her heart -- her chance for survival is much higher in the US.

"This is my home. We live here. My work and everything is in the US," Teghizadeh said. "Believe me, if I didn't have a brother and sister in Iran, I wouldn't go there. This is our home."

He just wants his sister's baby to get the care she needs.

CNN's Eli Watkins and Rob Frehse contributed to this report.