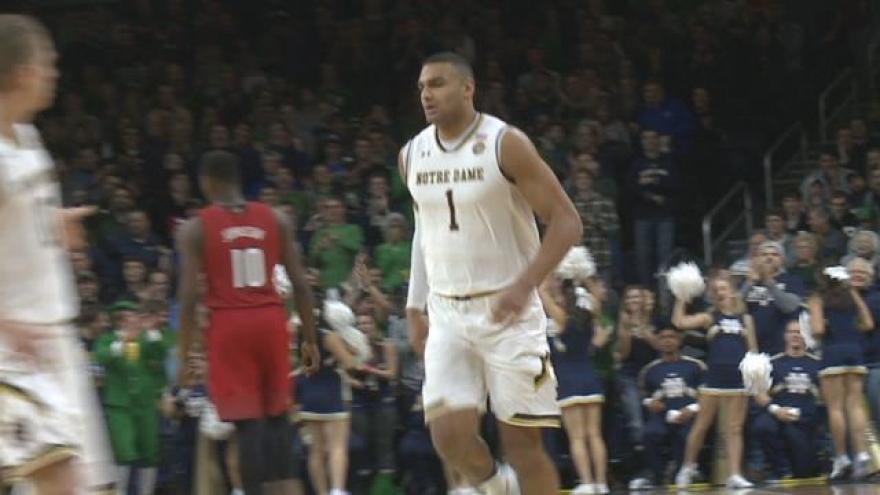 The Notre Dame Men's Basketball team is off to its best start in conference play since joining the ACC, and a big key to the success is the production coming off the bench.

"Coming into this summer, you knew there was going to be a lot of talent and coach just had to find a way to facilitate it," Rex Pflueger said.

A team loaded with talent is presenting a problem for other teams and Notre Dame, along with its bench, is the cream of the crop so far this year. What was considered a liability for Mike Brey's team at the beginning of the year has turned into his greatest asset with Rex Pflueger, T.J. Gibbs, Matt Ryan, and the player who has stuck with his role on all four years, Austin Torres.

The bench's production comes as no surprise given the players they go up against every day.

"Just the all around at practice that we've been doing with each other, it's just so competitive in every aspect," Pflueger said.

And the ability to trust the bench allows Brey to not run his starters into the ground and keep them fresh. More importantly, plug some of his bench players in at critical times like he's done with Pflueger and Gibbs.

"We have this fire about us this year, we're finishing these close games right now, a large part is the bench coming in and giving us that extra energy but it's up to the starters to get us in the position to help finish it for us," Pflueger said.