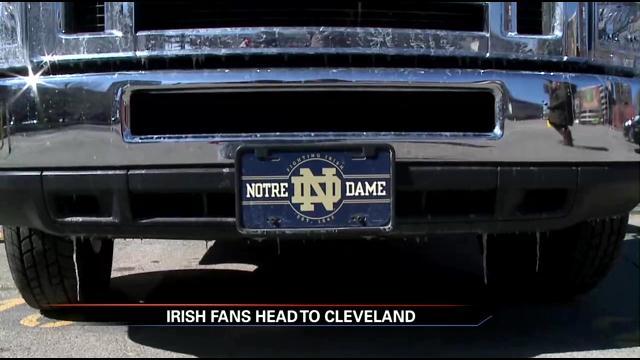 Notre Dame fans made the trip from all over the country for a chance to watch history in the making.

Some were out tailgating while others were exploring the city of Cleveland before the big game.

Many said they paid the high price for tickets and made the trip to Cleveland because they didn't want to miss out on their team's opportunity to beat the number one team in the nation.

"We want to see Mike Brey and the rest of the crew do well tonight. We're not expecting a victory, but if we get one we would feel terrible if we missed out on it. So we're going to make some history tonight," said Notre Dame alum and fan Larry Bartosh.

Fans also say if the Fighting Irish win Saturday night, the first thing on their agenda is to book a trip to the Final Four in Indianapolis next week.