Irish say mistakes are in the past, look to bounce back with a win at home this week 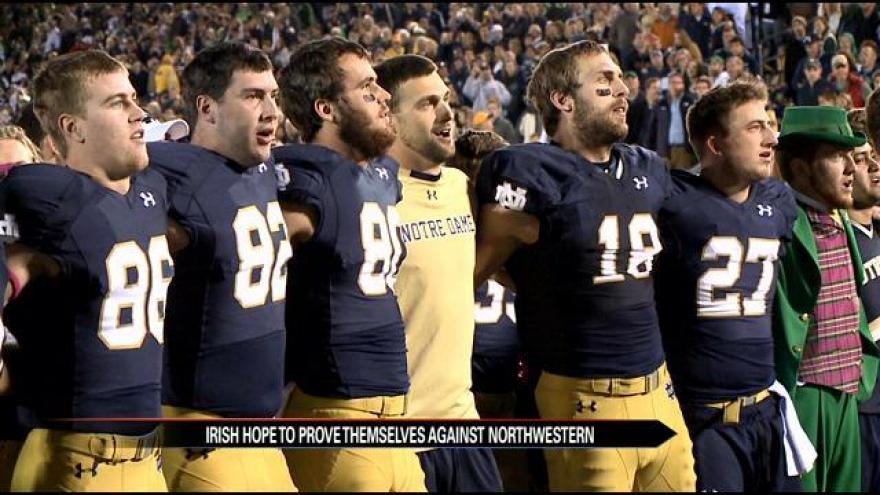 The Fighting Irish are back on the gridiron this week in game ten of the season against Big Ten opponent Northwestern.

“Football never changes and that's the good thing about it. You know what you're going to get next week, you've got another game you've got to go play,” Irish team captain and offensive lineman Nick Martin said Wednesday.

But this week the Irish are working to bounce back by hitting the practice field.

“Still having a positive mindset, working on the fundamentals, making sure that we're continuing to get better. It's a young group so you've got to have at it," Irish linebacker Jaylon Smith said.

And they say they are working to correct those mistakes.

“I think the biggest part of that was battered balls, so we're going to have to work on that, communication, so things that we have to clean up,” Irish quarterback Everett Golson said.

As the Irish look ahead to the 3-6 Northwestern Wildcats.

“The best way to do that is preparation in the week and I think we've had some great practices coming up for Northwestern and I'm looking forward to this game," Golson said.

A game, if won, would be Notre Dame's eighth straight victory at Notre Dame Stadium.

“Even being a Texan, being outside today practicing in 30 degree weather was somewhat comforting, so we're excited to be back home and to be playing in our stadium and we're excited about the atmosphere.” Irish team captain and running back Cam McDaniel said.

Saturday will be the 48th time Notre Dame and Northwestern meet. This week is the third time this season the Irish will face a Big Ten opponent.