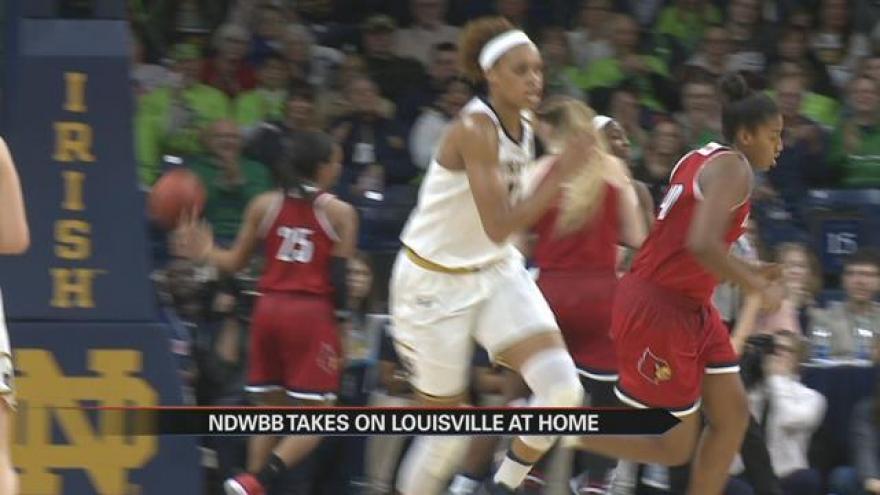 As No. 7 Notre Dame women's basketball's marketing team celebrated Superhero Night, the 8,325 lime green clad fans and atmosphere they created helped to prove akin to kryptonite for No. 12 Louisville as a 31 point second quarter propelled the Irish to an 85-66 win over the Cardinals on Thursday night at Purcell Pavilion at the Joyce Center.

The Cardinals were powerless to take the ball from the Irish as Notre Dame tied a school record by committing just three turnovers in the game. The Irish also handed the ball over just three times at Maryland on Nov. 16, 2007. Tonight, the Irish did not commit a single turnover until there was 1:24 left in the third quarter. Prior to tonight, Notre Dame's season low for turnovers was 10

Asia Durr scored almost half of Louisville's points, tallying 31, the most scored against the Irish in over two years.