Over the last couple of hours, Hurricane Irma has strengthened into a strong Category 5 storm with maximum sustained wind speed at 175 mph. As we move through this week, this storm is forecasted to move to the west-northwest into the northern portions of the Leeward Islands and even Puerto Rico. Hurricane warnings have already been posted in these areas as dangerous storm surge and heavy rainfall is expected by Thursday and Friday. Hurricane watches are up for the Dominican Republic and tropical storm watches and warnings are also posted for islands farther to the south. Heading into the weekend, Irma could be heading towards the United States. 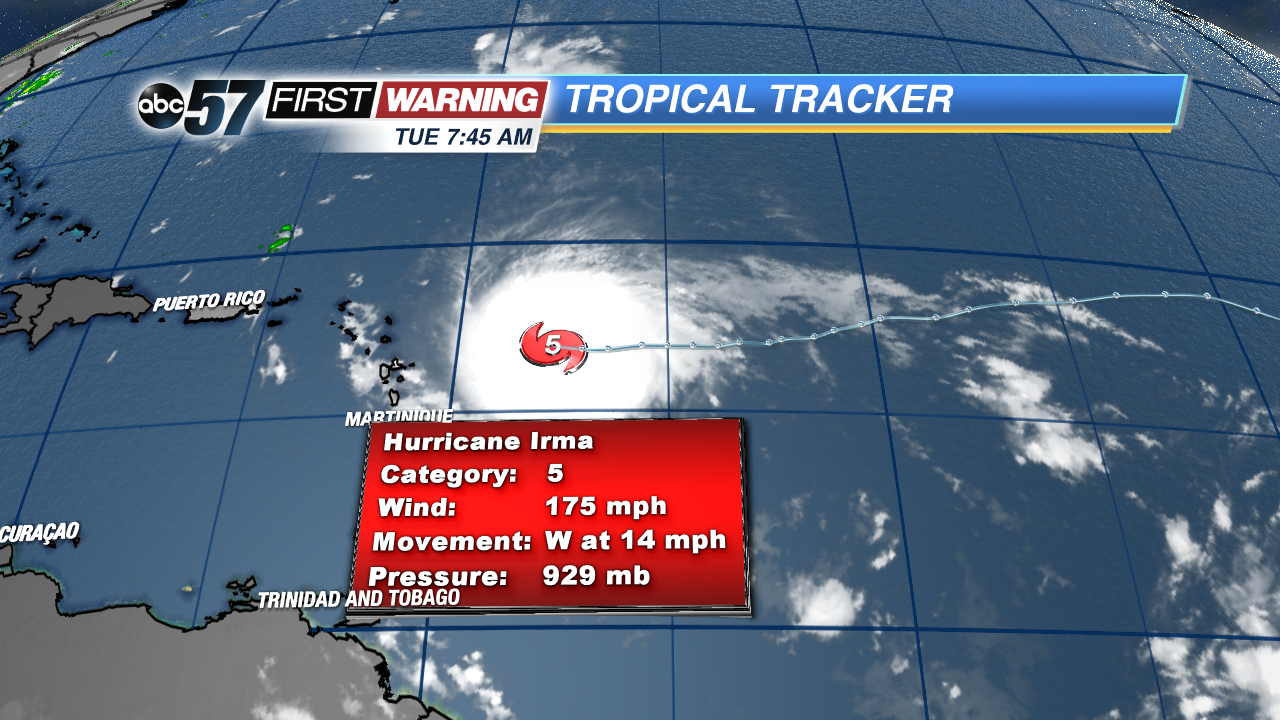 Irma is now a Category 5 hurricane this morning, with a max. wind speed of 175 mph. Some strengthening is expected today before a return to Category 4 status by the end of the week.

Uncertainty is still very high pertaining to Irma's impacts on the U.S. by the late weekend and into early next week. Two scenarios are starting to come to light. The first has Irma moving through the Florida peninsula due to weaker high pressure over the Atlantic and a shallower dip in the jet stream over the eastern third of the country. 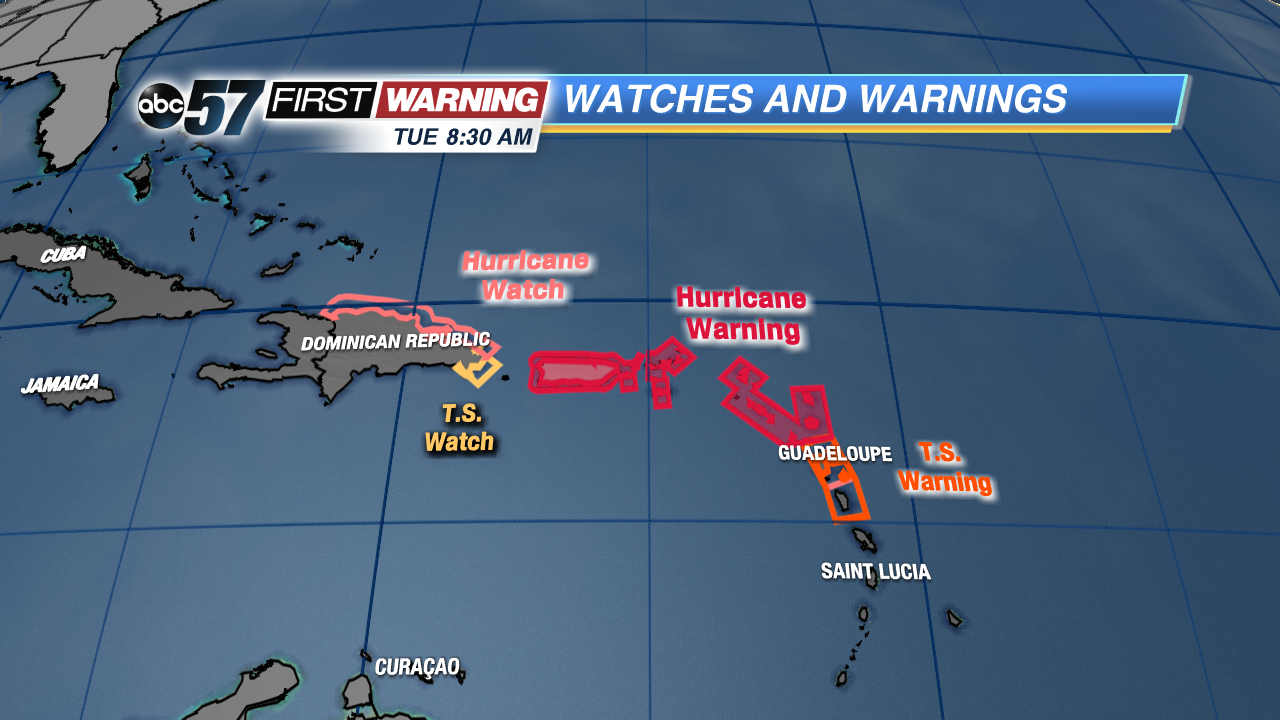 Hurricane warnings have been posted for Puerto Rico and the northern Leeward Islands, an area that will see the worst of Irma first. Hurricane watches are now up for the Dominican Republic, who is next in line

The second takes Irma along the east coast as high pressure strengthens and a larger jet stream dip steers the storm a little farther away from land.

Forecasters will have to keep a close eye on the track of the storm as it moves near Puerto Rico and, eventually, Florida in the coming days, especially after intensifying today.