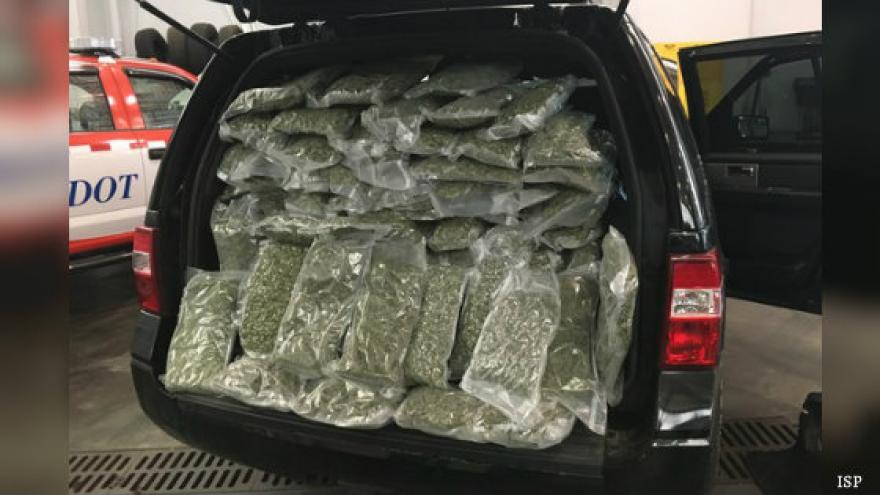 ISP pulled over the black Expedition around 11 a.m. for weaving outside of traffic lanes.

The traffic stop led to further investigation, and the Trooper found 78 pounds of marijuana in the vehicle.

The driver was 51-year-old Colorado resident Christian Elie and the passenger was 42-year-old Austin Johnson of Indianapolis.

The street value of the drugs is estimated to be around $250,000, according to ISP.

Both men were transported to Hancock County Jail on preliminary drug charges.