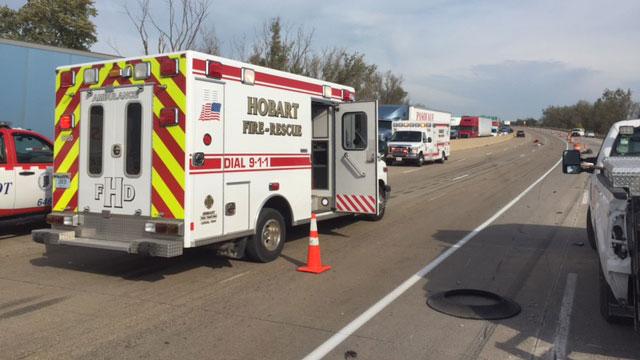 A La Porte County man was killed on I-65 Wednesday morning while he was working in a construction zone on I-65 in Lake County, according to Indiana State Police.

A GMC SUV, driven by 23-year-old Jasmine Tirado, was traveling northbound on I-65 at the 257 mile marker when Tirado changed lanes and struck a construction barrel, according to ISP.

After striking the barrel, Tirado's vehicle drove into the construction zone, hit another barrel and struck a worker, police said.

The accident happened around 9:35 a.m. and the northbound lanes were closed until just before noon.