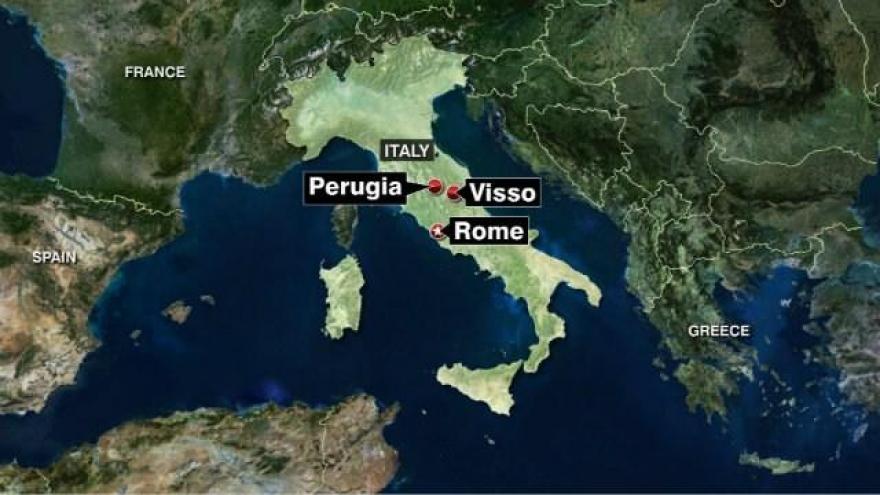 (CNN) -- A powerful 6.6-magnitude earthquake rocked central Italy on Sunday morning, injuring at least 20 people, in the strongest tremor to hit the country in more than three decades.

Residents ran onto the streets in a panic as the quake struck at 7:40 a.m. local time (2:40 a.m. ET), and rescuers were seen in the area around crumbling historical buildings soon after, helping evacuate a group of nuns. They worked through aftershocks that hit every 20 minutes or so.

Fire and rescue services said six people were pulled from rubble in Norcia, some 6 kilometers (3.7 miles) north of the epicenter. There were no immediate reports of deaths, but civil protection chief Fabrizio Curcio warned that some villages had been cut off, and the impact there had not yet been assessed.

With roads closed by falling debris, helicopters were airlifting the injured to the hospital in Foligno, around 30 kilometers to the northwest, Curcio said. Six aircraft were monitoring the affected regions, he said.

Initial images from Sunday's quake show devastation to some historical buildings. Many of these buildings had not been reinforced since two powerful quakes struck Wednesday. The much-visited Basilica of San Benedetto in Norcia was leveled at its core, only its facade still somewhat intact.

Father Benedetto from the monastery's Monks of Norcia told the state-run ANSA news agency: "We monks are all fine but our hearts go out to those affected, and the monks of the monastery are trying to figure out if anyone is in need of their last rites.

"We rely, as always, on your prayers and your support," he said.

He said people were still trapped in Norcia's main square, worried about more buildings crumbling should they try to flee.

The quake was felt as far north as the Alps, Curcio said, and as far south as Rome, some 90 kilometers (56 miles) away. The metro in Rome has been shut down as authorities continue to survey the area, municipal officials said.

Many residents in the region had already been evacuated to emergency camps and hotel rooms paid for by the government after last week's tremors, and schools had shut down in anticipation of powerful aftershocks.

The people of central Italy are accustomed to seismic events in their region, but not so many in such a short space of time.

Some 13 million people would have felt weak movement in the earth, Van Dam said, while those nearer the epicenter would have experienced strong jolts.

Sunday's earthquake struck at a depth of 10 kilometers (6.2 miles), according to the US Geological Survey, making the epicenter relatively shallow. Generally, the more shallow the epicenter, the more a quake is felt at the earth's surface, and the more damage it is likely to cause.

Rescuers have expressed fear about possible mudslides and remained wary about the risk of bringing heavy equipment up narrow roads linking the towns, villages and hamlets in this hilly region of the country.

The two earthquakes on Wednesday -- which had magnitudes of 5.5 and 6.1 -- did not result in any reported deaths. But the destruction of nearby historic structures was widely seen as a loss to cultural heritage.

Powerful tremors on Wednesday and Thursday happened about 50 miles north of where a devastating quake killed nearly 300 people in August.