It's been 10 years since Congress raised the minimum wage 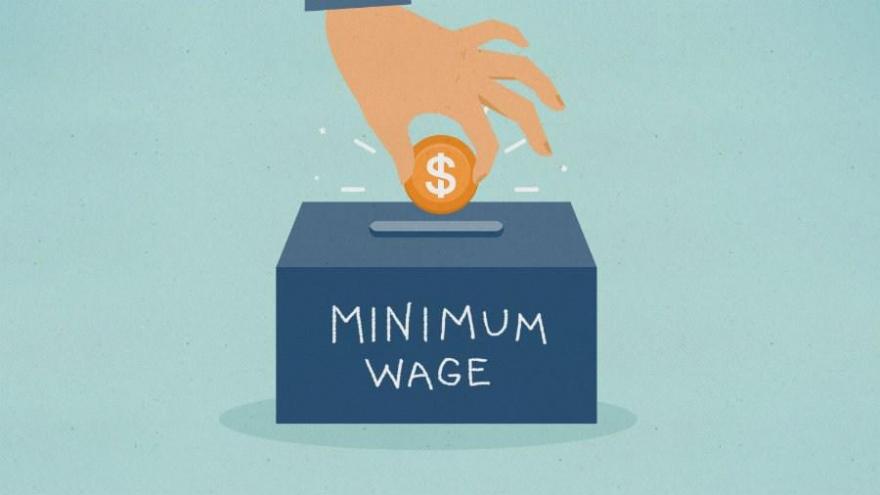 On Thursday, Congressional Democrats, with the support of Senate Minority Leader Chuck Schumer and House Minority Leader Nancy Pelosi, introduced legislation that would raise the federal minimum wage from $7.25 to $15 an hour by 2024.

"If you work 40 hours a week or 50 hours a week, you should not be living in poverty," Sen. Bernie Sanders, one of the bill's sponsors, said at a press conference.

The bill isn't likely to go anywhere in Congress. Republicans run the House, Senate and the White House, and no members of the GOP have given their endorsement. But the fact that Democratic leadership stands behind it is significant -- and indicates the party could make it a priority ahead of midterm elections in 2018.

Two years ago, the $15 living wage campaign was a cause few in Washington wanted to own.

Sanders, who introduced a $15-an-hour bill in 2015, was initially bucked by party leadership. At the time, top congressional Democrats said they supported raising the minimum wage, but only wanted to hike it to $12 an hour. President Obama stood with them.

But the sizable support Sanders received during the 2016 presidential campaign -- along with movement on the state level -- has changed the calculus.

During her campaign, standard-bearer Hillary Clinton shifted from endorsing $12 an hour to $15 an hour, and the $15 federal minimum wage ultimately made it into the Democrats' official party platform. That change can be credited to pressure from Sanders and his progressive support on the left.

Meanwhile, a large number of states have been enacting their own changes amid inaction at the federal level.

Nineteen states began 2017 with higher minimum wages, from Arkansas to Michigan to Florida, according to the National Conference of State Legislatures. New York, California and Washington D.C. all passed laws in 2016 that put them on track for $15 an hour.

That local evolution has made it easier for national lawmakers to get on board. Plus, inflation over time continues to decrease the purchasing power of workers' wages.

The Raise the Wage Act of 2017 would incrementally raise the minimum wage to $15 an hour over the next seven years. The federal minimum wage would be indexed to the median wage beginning in 2025.