It's only 100 days until the sun disappears across America 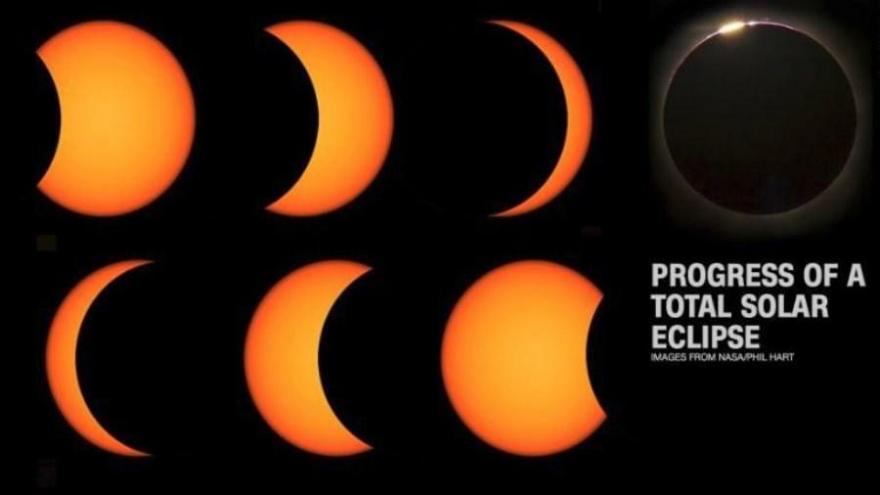 (CNN) -- On August 21, the sun will disappear across America.

For a swath of the country from Portland, Oregon, to Charleston, South Carolina, it will look like someone just turned off the sun in the middle of the day.

Even if you live elsewhere in North America, a portion of the sun will partially disappear near midday.

It is being called the "Great American Eclipse." And you can mark it on your calendar, down to the millisecond.

During the celestial event, the moon will pass between the sun and the Earth, appearing to block the sun for almost an hour and a half. You can replicate an eclipse by holding a flashlight and waving your hand slowly across it.

When the moon blocks the sun, it will cast two types of shadows. The umbral is the small shadow cast on Earth where people will be able to see a total eclipse. Others will experience the penumbral shadow, where they will experience a partial eclipse.

Kansas City, Nashville and St. Louis are some of the cities that will have a good chance of seeing the sun totally covered.

Space enthusiasts are already starting to get excited about the eclipse and some, like us, are counting down the days. Many are booking hotels for the big moment, while others have had their rooms booked for years.

The real question is, have you figured out where you will be on August 21?

Christina Zdanowicz and Jamie Gumbrecht contributed to this story