US Rep. Jackie Walorski, three others killed in crash

NOW: US Rep. Jackie Walorski, three others killed in crash

NAPPANEE, Ind. -- Four people died in a crash on SR 19 near Nappanee Wednesday afternoon.  One of the victims was US Rep. Jackie Walorski.

The crash happened at 12:32 p.m. between two vehicles just south of the roundabout with SR 119.

Three people in an SUV were killed in the crash, including Walorski, Zachery Potts and Emma Thomson.

The sole occupant of the other vehicle involved in the crash was also pronounced dead at the scene. She has been identified as 56-year old Edith Schmucker of Nappanee.

Walorski has represented District 2 since 2012.

Area leaders have been issuing statements expressing condolences on the death of the Congresswoman. Click here to read the statements. 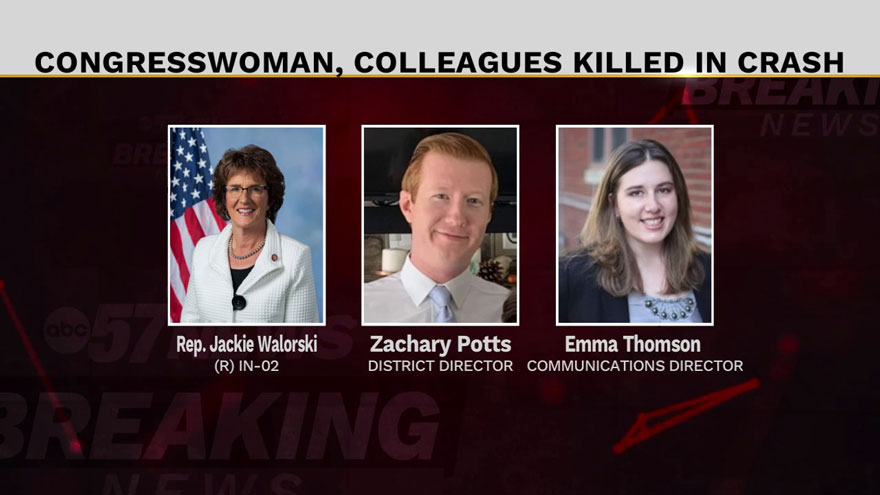