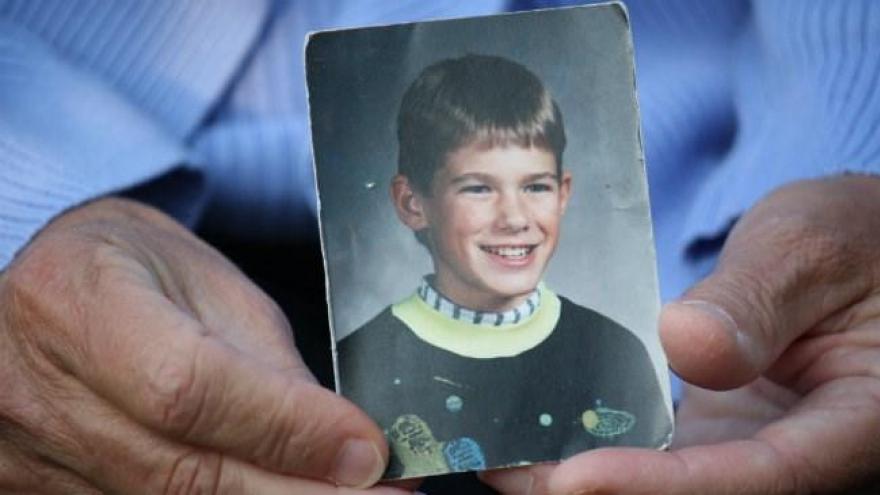 (CNN) -- Danny James Heinrich told a Minnesota court on Tuesday that 11-year-old Jacob Wetterling had one question 27 years ago when Heinrich was kidnapping him on a rural road: "What did I do wrong?"

Heinrich, now 53, described the sexual assault and murder of Jacob and also a separate attack on another boy who survived, as part of plea deal with federal and state authorities designed to reveal what happened to Jacob and to recover his remains.

Heinrich described a cold and terrified boy who began to weep after the abductor said he couldn't take him all the way home, CNN-affiliate WCCO reported. Heinrich panicked upon hearing a police car, loaded his revolver, shot the boy and buried him in a place finally uncovered last week, federal authorities said.

For Jacob's mother, Heinrich provided the truth she had sought for nearly three decades, no matter how harsh.

"It is incredibly painful to know his last days, his last hours and his last minutes," Patty Wetterling said after the hearing. "For us, Jacob was alive until we found him."

She sounded content with the deal even though it ensured Heinrich would not be prosecuted for Jacob's death -- his confession being the only solid evidence of the crime.

The plea agreement required Heinrich to admit in open court his guilt in Jacob's death and testify to what had happened, Luger said.

Heinrich, who pleaded guilty to one charge of being in receipt of child pornography, will apparently escape state charges in the boy's death and faces between five and 20 years in prison when sentenced at a later date, WCCO reported. The federal judge said there would be no state prosecutions for crimes committed in 1989, the television station reported.

Heinrich confirmed he acted alone in the kidnapping, sexual assault and murder of the boy.

The abduction of Jacob led to the federal 1994 Jacob Wetterling Crimes Against Children and Sexually Violent Offender Registration Act, which requires states to maintain sex offender registries and guidelines.

Jacob disappeared on a dark road in central Minnesota on the night of October 22, 1989.

He had been at home with his two younger siblings, Trevor, 10, and Carmen, 8, and Jacob's friend Aaron Larsen, 11, while his parents Patty and Jerry Wetterling attended a dinner party about 20 minutes away.

Wetterling, who lived in rural St. Joseph, his brother and a friend were coming home from a convenience store on bikes and a scooter when a man wearing a stocking mask and holding a gun approached.

The man asked the boys their ages, grabbed Jacob and told the others to run into the woods or else he'd shoot, Jacob's father has said, recounting what his other son told police.

The case garnered worldwide attention and was recently featured on the CNN series "The Hunt with John Walsh."