James McCloughan inducted into the Pentagon's Hall of Heroes 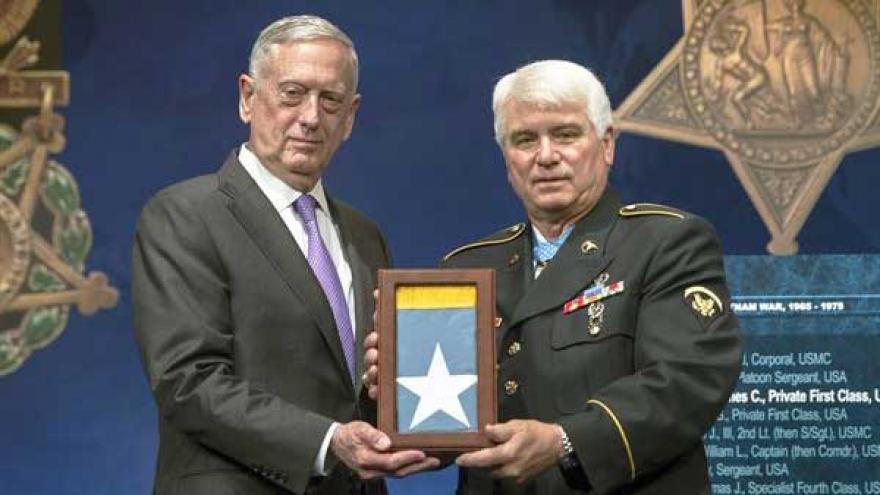 The day after he received the Medal of Honor from President Donald Trump, Army Pfc. James McCloughan was inducted in to the Hall of Heroes at the Pentagon.

McCloughan distinguished himself during 48 hours of close combat against enemy forces in Vietnam, May 13-15, 1969, according to the Department of Defense.

He saved the lives of at least 10 fellow soldiers.

“Life is not measured by the breaths that we take, but by the moments that take our breath away,” McCloughan said. “The men of Charlie Company did things that would take your breath away. They looked into the face of danger and death, and with backs to the wall we fought for each other until the enemy was beaten and went away.”

The Medal of Honor is normally given 5 years after the incident, but McCloughan received his award 48 years later.

Legislation passed by US Congressman Fred Upton, U.S. Senator Debbie Stabenow and U.S. Senator Gary Peters waived the five-year requirement and made it possible for McCloughan to receive the Medal of Honor.