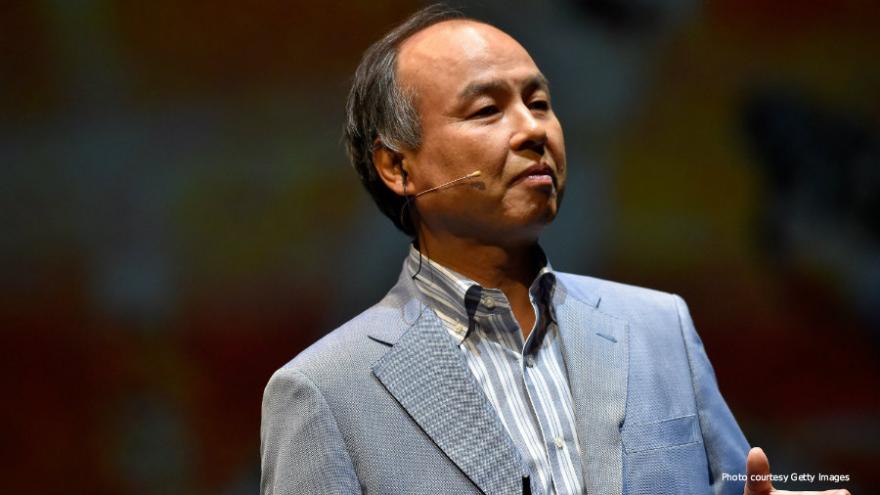 Months after setting up one of the biggest tech funds in the world, the Japanese billionaire says he is keen to launch another one -- and soon.

"The Vision Fund was just the first step," Son told the Nikkei newspaper. "We will briskly expand the scale. Vision Funds 2, 3 and 4 will be established every two to three years," he said.

Related: Where the huge SoftBank-Saudi tech fund is investing

A SoftBank spokesman confirmed Son spoke to the Nikkei and didn't dispute its reporting. He said Son was talking broadly about his views on investing.

Son has become the new kingmaker in tech. He unveiled the Vision Fund less than a year ago, backed by Saudi Arabia, SoftBank, Apple and other big names. By May, it had raised $93 billion -- out of a planned $100 billion -- to spend on tech businesses of the future.

The fund is investing fast, pumping huge amounts of money into high-profile startups like WeWork, Slack and Flipkart, among others.

Son predicts it "will probably run dry in about two years," so he's looking ahead and setting his sights high.

The tycoon is aiming to raise 100 trillion yen (about $880 billion) and invest in "at least" 1,000 companies over the next decade, he told Nikkei.

A SoftBank spokesman confirmed Son spoke to the Nikkei and didn't dispute its reporting. He said the tycoon was talking broadly about his views on investing.

Son's plans may be good news for startups, but just another headache for some investors who have raised concerns that the flood of money could lead to overvalued companies with little incentive to go public.

Son, who wants to be known as a "crazy man who bet on the future," is a famously aggressive investor.

He believes singularity -- the moment when computers and artificial intelligence will surpass mankind -- is on the horizon.

Technology's "gold rush actually starts now," he said at a news conference in May, likening SoftBank's big investments to feeding a goose so it can lay golden eggs.

And he has a strong track record of convincing deep pocketed investors to cough up.

In a recent interview with Bloomberg, Son recounted how he met with Mohammed bin Salman bin Abdulaziz, who was Saudi Arabia's deputy crown prince at the time, and convinced him to invest $45 billion in the Vision Fund ... in just 45 minutes.