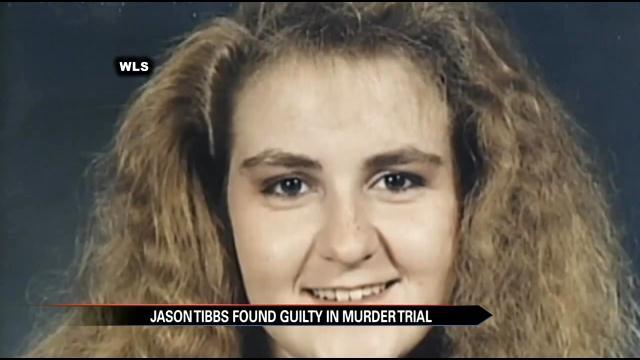 Jason Tibbs has been found guilty of murdering Rayna Rison in LaPorte County.

Friday evening, a jury read that verdict inside a LaPorte County courtroom.

They found the 39-year-old guilty of murdering then 16-year-old Rison.

Her body was found in a pond 21 years ago in the county.

A family waited for justice for more than two decades.

Friday November 7th their waiting came to an end.

For two weeks the state and the defense presented evidence along with almost 25 witnesses.

Taking you back through the beginning of the trial, we hear from Eric Freeman.

He testified to seeing Jason Tibbs choke Rayna Rison to death in 1993.

Freeman was given immunity for his part in the crime if he gave detectives information on the killer.

The defense tried to build its case by providing doubt.

Tibb's attorneys pointed the finger at Rison's brother in law Ray Mcartey who previously pleaded guilty to molesting her.

He was ruled out as a suspect not long after her body was found.

Due to a lack of evidence, the jury though felt it had enough information to convict Tibbs.

Tibbs is expected to be sentenced December 19th.