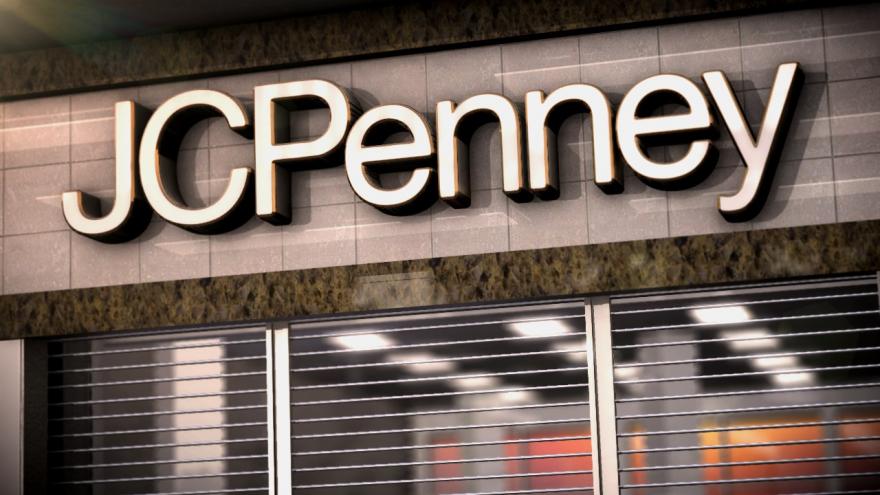 The department store said Thursday that it would turn the lights out at 18 department stores, including three that were announced last month. It will also close nine home and furniture stores.  It will take charges of $15 million in relation to those closings during the first half of this year.

Net income tumbled nearly 70 percent, and a key measure for health dropped 4 percent in the fourth-quarter, the most crucial period of the year for retailers who bank on strong holiday sales.

The company's did top expectations for the fourth quarter results and under new CEO Jill Soltau, the department store rid itself of unprofitable inventory and said it will have positive free cash flow this year.

Soltau, who came on board in October, faces numerous challenges in avoiding the fate of Sears or other retailers that have filed for bankruptcy protection, or vanished.

Under Soltau, jettisoned major appliances which accounted for 2.7 percent of J.C. Penney's sales last year, but dragged on the company's operating profit.

It's focusing instead on women's clothing, and goods for the home like towels or bedsheets, which carry higher profit margins.  Furniture is still available, but only online.

That reverses the course followed by predecessor Marvin Ellison, who three years ago began selling major appliances again in an attempt to capitalize on problems at Sears.

In a conference call Thursday, Soltau said she has spent time with customers, suppliers and workers and she said she's convinced that the company can establish a path of "sustainable profit growth."

Changes will be swift, methodical and based on what customers want and expect from J.C. Penney, Soltau said. "This is not business-as-usual," she said during a conference call Thursday. "Our current reality is clear."

Department stores like J.C. Penney are trying to reinvent themselves in an era when Americans are buying more online, or turning to discounters like T.J. Maxx for clothing.

Bringing back shoppers is has proven exceedingly difficult, even for iconic brands.

Momentum appears to be slowing at Macy's, which released fourth-quarter results this week. It reported weaker profit and total sales, as well as meager growth in sales at established stores, a key measure for a retailer's health.

Among the four stores, only Kohl's has seen its stock move higher over the past 12 months, but just barely. Shares of Sears and J.C. Penney are down more than 60 percent in the past year.

And the path back to prosperity appears especially tenuous for J.C. Penney. It is trying to claw its way back after a disastrous reinvention plan in 2012 by its former CEO Ron Johnson, who dramatically cut back on promotions and brought in new brands to attract young shoppers.

Sales at J.C. Penney went into a freefall, it suffered massive losses and once-loyal customers moved on.

That situation has stabilized, but establishing an identity in a retail landscape that undergone seismic changes continues to elude J.C. Penney.

"The central problem for (J.C. Penney) is that it no longer gives shoppers reasons to visit stores and to make purchases," said Neil Saunders, managing director of GlobalData Retail. "In other words, it has lost sight of why it exists. This is evident across both stores and online where a hodgepodge of products are thrown together in a seemingly random fashion."

The company reduced inventory by 13 percent last year and that will continue throughout 2019. Soltau said more uncluttered stores will allow people to find what they want more easily.

New executive hires were also announced Thursday, including chief merchant, the person who decides what goes on store shelves.

Adjusted per share was 18 cents per share, 7 cents better than analyst had projected, according to a survey by FactSet. Revenue including credit income, fell more than 8 percent, to $3.78 billion, but that was also better than expected.

Even though profit and sales fell, investors were elated that it wasn't worse.

Shares jumped 30 percent, but that brought the price to just $1.59 each. Before the economic crisis hit a decade ago, shares cost about $70.

The Feed: Video games dominating during quarantines
The Feed: Dragons born without a father