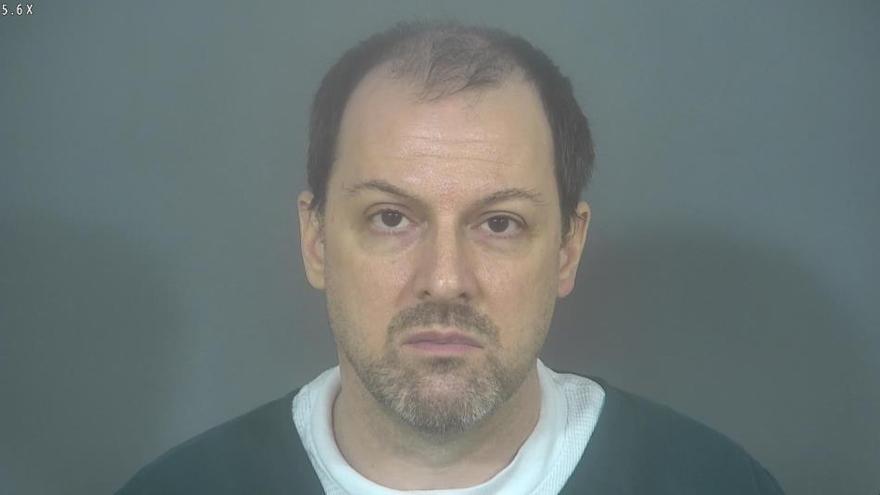 ST. JOSEPH COUNTY, Ind. -- The man who was convicted of the murders of his father, stepmother and two stepsisters in Lakeville in 1989 will be in court Monday for an evidentiary hearing. Robert “Jeff” Pelley is seeking post-conviction relief.

The morning of April 30, 1989, members of the Olive Branch Church in Lakeville found the body of their pastor, Robert “Bob” Pelley, on the first floor of the parsonage on Osborne Road. They immediately called for help.

When first responders arrived, they found the bodies of Jeff’s stepmother Dawn, and his stepsisters, Janel, 8, and Jolene, 6, in the basement.

All four were killed with a shotgun.

The other two girls, Jacque, 14, and Jessica, 9, spent the night elsewhere and were not in the house at the time of the murders. Jacque was Jeff’s sister and Jessica was Jeff’s stepsister.

The investigation revealed Bob had grounded Jeff and wouldn’t let 17-year-old Jeff drive to the prom on Saturday night, April 29, with his date. Instead, Bob was going to drive Jeff and his date to the prom.

Jeff was not allowed to go to any of the other prom-related events or the Great America amusement park the day after the prom.

The Friday night before prom, Jeff told his date he was going to be allowed to attend all prom events, but said she shouldn’t mention that to anyone because it was a sensitive subject, according to court records.

Five witnesses said Bob told them in the 24-hours before prom that Jeff could only attend the dance and Bob would drive Jeff and his date, court records said.

Investigators believe Jeff killed his family Saturday afternoon, before he left to go to the prom.

He was charged with four counts of murder on August 7, 2002 and was arrested on August 10.

Before the trial, on August 22, 2003, the state filed a subpoena to the Family and Children’s Center for counseling records for the Pelley family.

The Family and Children’s Center filed a motion to quash the subpoena in February 2003.

The pre-trial appeal, called an interlocutory appeal, involved questions of whether a new law protecting records with a counselor were subject to disclosure, even though the law was passed after the murders.

The trial court and Indiana Court of Appeals found even though the law was enacted after the murders, the date the records were requested was after the law went into effect. It also found the law applies retroactively. Finally, they found the court didn’t abuse its discretion by reviewing the counseling records “in camera” or privately.

In June 2005, the Indiana Supreme Court overturned portions of the interlocutory. The state’s highest court found the law granting privilege to social worker communications was not retroactive, so those records are not privileged. The court upheld the trial court’s decision to review the records in camera and that court’s decision it did not meet the homicide exception.

Right before his trial, on June 29, 2006, Pelley filed a petition for writ of prohibition and writ of mandamus, a petition for emergency writ, and a brief in support with the Indiana Supreme Court arguing the court should have granted his motion to dismiss because the court violated his right to a speedy trial.

He was sentenced to consecutive forty years in prison on October 17, 2006.

On April 8, 2008, the Indiana Court of Appeals found the court violated Pelley’s right to a speedy trial because there was a 1,430 day delay between his arrest and the start of the trial, according to the appeals court decision.

The appeals court found Pelley was not responsible for the delay caused by the interlocutory appeal.

It ordered the court to grand Pelley’s motion to dismiss.

Pelley remained in custody while the state appealed the decision.

On February 19, 2009, the Indiana Supreme Court overturned the Indiana Court of Appeals and upheld his conviction. It stated there was sufficient evidence to uphold his conviction and the court did not violate his right to a speedy trial. It found the admission of hearsay statements and the exclusion of evidence involving a third party motive was proper. Additionally it affirmed the denial of Pelley’s petition for a special prosecutor.

In 2013, Pelley filed a petition for post-conviction relief.

On March 14, 2022, Pelley will be in a St. Joseph County courtroom for an evidentiary hearing related to his third amended petition for post-conviction relief.

ABC57 will be in the courtroom and monitoring the hearing on air and online.