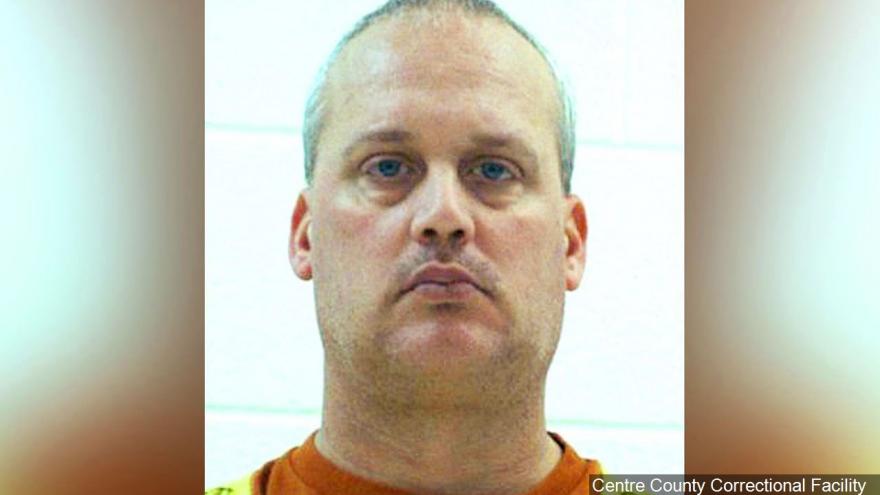 The Centre Country district attorney's office said the younger Sandusky, 41, entered the guilty pleas a week before his trial was scheduled to begin.

The 14 counts included soliciting sex from a child younger than 16 and soliciting child pornography.

According to the district attorney's office, Sandusky will become a Tier III sex offender, the highest level in the Commonwealth of Pennsylvania."

The crimes were uncovered late last year when a girl told her father that Sandusky had texted her repeatedly, asking her to send him naked photos.

The father contacted the police, and during the investigation, police discovered another girl, known as victim No. 2, who said Sandusky had asked her to engage in oral sex with him years before.

Both victims say Sandusky tried to use different excuses to try to get them to participate, saying at one point that he "had studied medicine" and another time that he believed that Victim No. 1 had shared a nude photo with her boyfriend, and he wanted to see it.

"This outcome also ensures the victims need not suffer the trauma and re-victimization of testifying at trial and importantly, the defendant will have to comply with strict sex offender registration requirements for the remainder of his life," District Attorney Stacy Parks Miller said.

According to the district attorney's office, the terms of Sandusky's plea guarantee that he will serve 3 to 6 years in state incarceration "but allows the judge to impose as much as 4 to 8 years of state prison in her discretion at the time of sentencing."

Tier III offenders must register with the state police for life and verify their registration information in person four times a year," according to the Pennsylvania Sexual Offenders Assessment Board.

Sandusky's defense attorney could not be reached for comment.