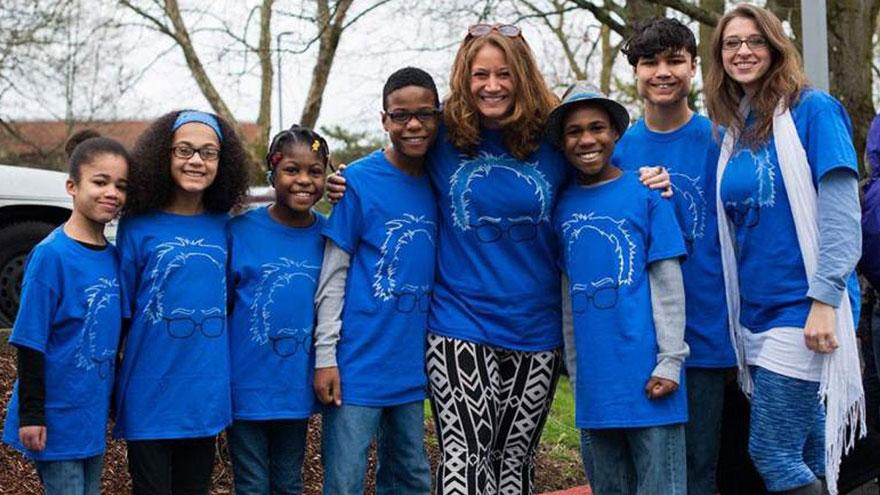 (CNN) -- Jennifer Hart, the mother who drove her family off an oceanside cliff in a fatal crash, had a blood alcohol level that was over the legal limit, Capt. Bruce Carpenter of the California Highway Patrol said Friday.

The specific level was .10, said Mendocino County Sheriff Tom Allman. The legal limit in California is .08.

Additionally, Carpenter said Jennifer Hart's wife, Sarah, and two of the three children found dead at the scene had significant amounts of the ingredient found in Benadryl in their systems. It has not been determined in the third child.

Benadryl is a cold and allergy medicine that can cause drowsiness.

The bodies of Jennifer and Sarah Hart were found March 26 inside the family's SUV, which had crashed at the rocky shoreline below a cliff in Mendocino County. The bodies of three of their children -- Markis, 19, Jeremiah, 14, and Abigail, 14 -- were found nearby.

But their three other children -- Devonte, 15, Hannah, 16, and Sierra, 12 -- are missing, officials said. Investigators have said they believe the missing children were inside the vehicle at the time of crash.

Investigators said they still believe the incident was intentional and the FBI is deploying their Behavioral Analysis Unit to assist and try to understand what happened. Carpenter said "a lot about this case is unusual ... baffling almost."

There were no skid marks at the scene, he said.

"It appears she (Hart) was about 70 feet from the edge and accelerated from there," Carpenter said.

A body that may be one of the remaining three missing children was recovered on April 7. Allman says DNA analysis from biological family members will be used to determine her identity.