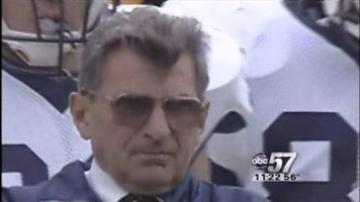 STATE COLLEGE, Pa. -- His 46-year dynasty may be coming to a disappointing end.

It appears Joe Paterno is being kicked off his field, possibly even before the current season is over.

On Tuesday, Paterno was supposed to speak to the public, but the school canceled the weekly press conference.

Paterno reportedly told school officials about Sandusky's contact with several young boys, but left it at that.

Several media outlets are reporting the school is already planning Paterno's exit before the season ends. Paterno's son tweeted that those reports are premature.