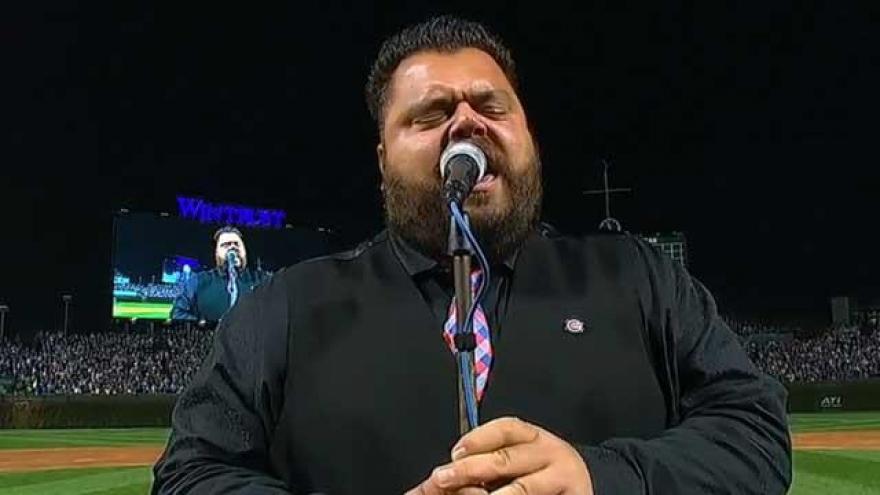 Vincent also sang the National Anthem before Game 4 of the World Series this year.

Vincent began his singing career at Ditka's in downtown Chicago after sending a demo out.

In 2003, members of the Chicago Cubs' front officer heard his performance and asked him to sing the National Anthem at Wrigley Field.

He has also performed the National Anthem for Green Bay Packers, the Chicago White Sox, the Chicago Bulls and more.

“Growing up as a Cubs fan, you never expect to have the privilege to sing the National Anthem at Wrigley, let alone during a World Series game,” said Vincent in a press release. “I was incredibly honored and humbled they chose me.”

“We are very lucky to have John Vincent perform for us on Opening Day,” said Chris Hagstrom-Jones, Director of Media and Promotions for the South Bend Cubs in a press release. “He has performed countless times at Wrigley Field and his rendition of the National Anthem is incredibly passionate and heartfelt.”

The South Bend Cubs will host the West Michigan Whitecaps for a two-game series to start the 2017 home schedule at Four Winds Field.