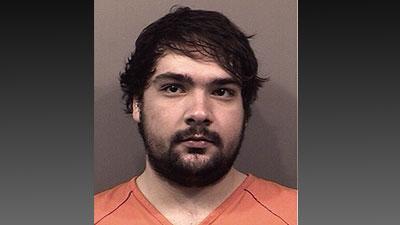 An inmate at the Johnson County Jail died at the hospital after displaying unusual behavior. Indiana State Police are conducting a death investigation.

Kyler L. Myers, 19, of Greenwood, was arrested early Monday morning for two counts of possession of paraphernalia and one count of disorderly conduct.

While in custody, police said Myers became increasingly agitated with other inmates and displayed unusual behavior, according to an Indiana State Police release.

The jail nurse asked he be transported to Johnson County Memorial Hospital.

When they got to the hospital, Myers was unresponsive.

Live saving measures were administered by jail and hospital staff, but Myers could not be revived.

RTV6 is reporting Myers told Greenwood Police he was taking spice, a form of synthetic marijuana.

Indiana State Police were asked to conduct the death investigation.