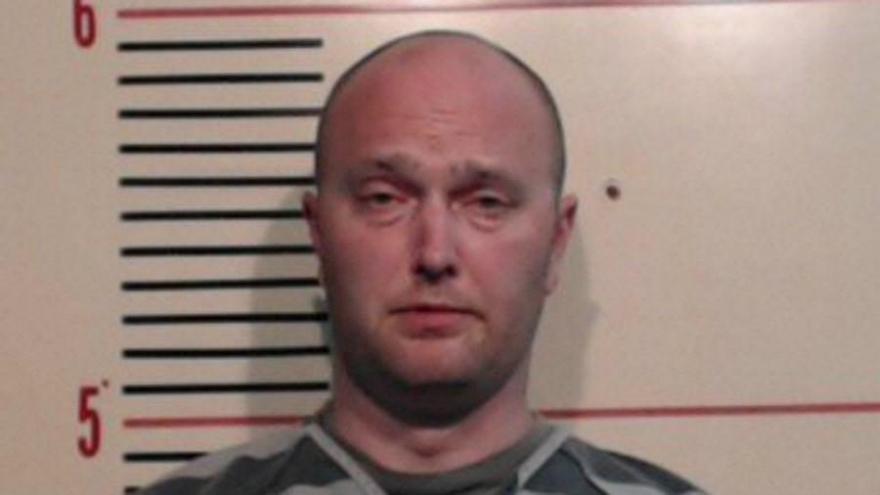 BALCH SPRINGS, Texas (CNN) -- On the first day back to school since Jordan Edwards was killed, more than 100 of his football teammates gathered early Monday for a meeting in a Dallas suburb. The 15-year-old's parents and brothers joined them. There were prayers and tears.

The players hugged the Edwards family, shared stories about their teammate and scribbled messages on a memorial on his locker: "RIP lil bro." "Rest Easy my boy."

"It was a lot of sadness ... just because of how close everybody felt like they were to Jordan," said Jeff Fleener, head football coach at Mesquite High School, where Jordan was a freshman.

Emotions have ranged from grief to shock -- and frustration and determination -- since police in Balch Springs said an officer fired into a car as it was driving way from the party, killing Jordan, an unarmed black teenager in the front seat.

The Edwards family and others praised police Chief Jonathan Haber's swift firing of the officer on Tuesday -- a day after Haber said he "misspoke" when he said the car Jordan was in was moving "aggressively" toward police leading the officer to shoot -- and called for criminal charges.

Others drew parallels to the actions of officers that resulted in deaths of other unarmed black males across the country, raising what they say is a need to reform how police interact with black and Latino communities.

"It surprises me that situations like this are still happening, but it doesn't surprise me that the officer got fired but somehow hasn't been arrested," Everett Young, 45, who owns a barbershop near Mesquite High School, told CNN Wednesday.

Young said he believes the police are necessary but would want to see them get psychologically evaluated regularly.

"They need to understand that when they get in a hot situation and kill somebody, they just killed someone's son, brother, grandson."

'There could have been neighbors outside smoking'

The officer, Roy Oliver, has not been criminally charged. A police representative for him could not be reached Wednesday.

Jordan along with his two brothers and two friends were in the car when it was fired upon last Saturday. Jordan died from a fatal gunshot wound to the head, the Dallas County Medical Examiner's Office said. His death has been ruled a homicide.

Candace Gonzalez, a home health company employee who lives three blocks from the shooting, recalled hearing what sounded like multiple gunshots that night.

"What I want to know is what that officer saw that made him pull out a rifle? There could have been neighbors outside smoking," she said.

Balch Springs Police said officers discovered a large party when they responded to a 911 call reporting underage, intoxicated teenagers walking around. They allegedly heard gunshots outside as they tried to find the homeowner in the residence.

Sarah Evans, who lives next door to the house where the party took place, said she has children around Jordan's age. They all played peewee football together.

"We are a tight-knit community here. We don't want a protest because we want justice," she said. "But if the officer is cleared, the community will stand up and rally."

Another neighbor, Willie Williams, who said he also heard what sounded like gunshots that night, said the killing is the buzz of the neighborhood.

"You never know with these police, just because they put on a uniform doesn't mean they want to serve you," he said. "If the chief saw something to fire him, something that we the public didn't see, then why isn't he arrested?"

Haber had said the body cam footage showed the car was driving away from officers not reversing toward them.

'Proud of what the chief did'

At the press conference Tuesday announcing Oliver's firing, Rev. Ronald Wright credited Haber with "setting what should be considered a litmus test" for dealing with similar police shootings.

In an interview Wednesday, Wright said he believes the reaction in Balch Springs and nearby Dallas to the firing has been generally positive.

"And a lot of them are proud of what the chief did because the average police department wouldn't have done it," he said.

Wright said the Balch Springs police has forged a better relationship with the community in recent years, citing a community liaison that works with churches and youth.

In the past, officers would often stop and question black residents, he said.

According to US Census figures, Balch Springs is 45% Hispanic or Latino and 24% African-American.

"Afraid of the powers that be ... confused that their lives may be next, and confused as to what causes this and what triggers the violence," Traelon, 17, said after at a meeting Tuesday by Dallas NAACP Branch and Youth Council.

"It's a lack of trust that something will actually be handled and true justice will take place," he said. "People are asking, 'Why should I continue to raise my voice? Because I'm going to be hoarse after a while because nobody is listening.' "

The officer's firing 'does not bring justice'

Oliver was fired on the same day former North Charleston officer Michael Slager admitted using excessive force in the 2015 shooting death of Walter Scott, an unarmed black man in North Charleston, South Carolina. Slager shot Scott in the back as he was running away from Slager after a traffic stop.

In a reversal from his earlier account, Slager admitted in court he did not shoot Scott in self-defense and said his use of force was unreasonable. Slager is white.

On Wednesday, the Justice Department declined to file civil rights charges against the two officers involved in the death of Alton Sterling in Baton Rouge, Louisiana, in July 2016.

In a statement, the ACLU of Texas referenced the three deaths in South Carolina, Louisiana and Texas at the hands of police.

"How many Black men have to die before law enforcement changes its culture and regains the trust of the communities it's sworn to serve?" Terri Burke, the executive director, said.

Aubrey Christopher Hooper, president of the Dallas NAACP Branch, said the Oliver's firing is only the first step in getting justice.

"But the larger question that the community is now awaiting is 'how is this officer going to be held accountable?' " (Oliver) being fired does not bring justice to the death of this innocent young man," he said