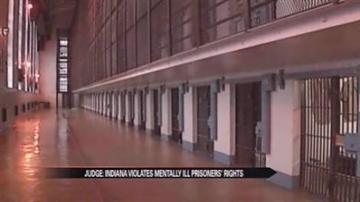 INDIANAPOLIS — Indifferent. That is how one federal judge sees the state of Indiana's treatment of mentally ill inmates.

U.S. District Judge Tanya Walton Pratt ruled the state department does not provide adequate treatment for those prisoners with a mental illness. She said Indiana is violating the prisoner's constitutional rights against cruel and unusual punishment.

Mentally ill prisoners make up nearly a quarter of the Indiana inmate population.

Lawyers are supposed to meet within 45 days to discuss how to correct the problem.