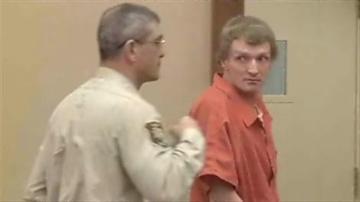 CASS COUNTY, Mich. -- A judge decided there is enough evidence to proceed with the murder trial against Keith Lintz who is accused of killing a Cass County, Michigan Couple in February of 2010.

Lintz is accused of killing Carolyn and John Tarwacki in their Niles home in the 900 block of Carberry Road. Doug Baker, an attorney with the Michigan Attorney Generals office has been appointed a special prosecutor in this case.

Today Baker called several people to testify on the stand. Two of the witnesses said Lintz had conversations with them that Baker believes puts Lintz at the scene of the crime on February 5, 2010.

Two women who both know Lintz testified that he had conversations with them where he mentioned that he was worried about being arrested for the Tarwacki murders because his shoe prints were in the snow coming to and from the couple's back yard on the day the murders occured. One of the women was Lintz's ex-girlfriend.

The prosecution says that puts him at the scene of the crime.

"He links himself to that scene with at least the two witnesses that we have presented here. When he's telling Patricia Wilds (Lintz's friend's ex-girlfriend) sometime after that in a series of confessions that, they've got my footprints, they go to the house. I should have wiped them away," said Baker.

"Keith made a statement that his footprints were going through the yard,” said Karessa Warner, one of Lintz’s ex-girlfriends. 21-year-old Warner was escorted into the courtroom in shackles. She told the courtroom she was currently incarcerated operating and maintaining a meth lab. She said Lintz and her dated for about a month in February of 2010. She said she and her son stayed with Keith at his mom's house which was located 5 houses away from the Tarwacki's house on Carberry Road.

During the hearing today, Greg Feldman, Lintz's defense attorney discredited both of the women’s testimony, because they both have previous brushes with the law.

A trial date has yet to be set.

The case will be prosecuted jointly by the Michigan Attorney General's Office and the Cass County Prosecutor's Office. However, Baker will act as the lead prosecutor.