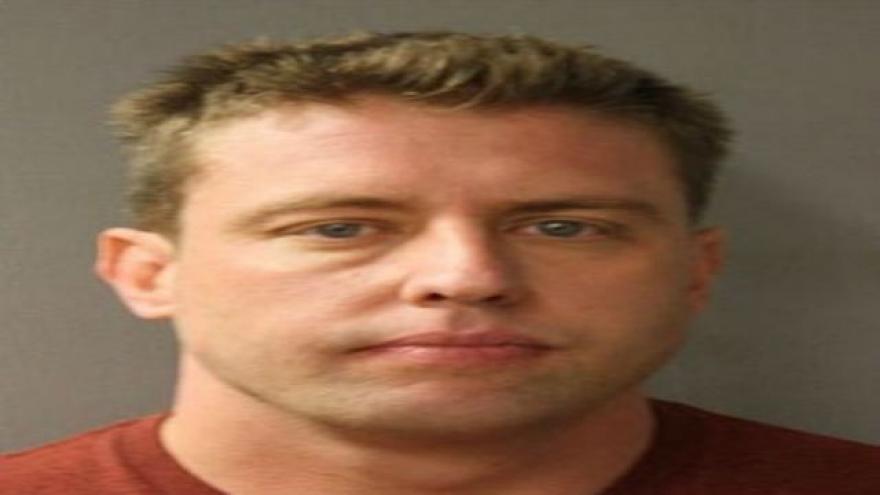 (CNN) -- A judge is set to soon decide the fate of a former St. Louis police officer accused of intentionally killing a 24-year-old black man and planting a gun as evidence to justify the fatal shooting.

The ex-officer, Jason Stockley, 36, is facing a first-degree murder charge in the death of Anthony Lamar Smith in an on-duty shooting in December 2011.

The St. Louis Post-Dispatch reports the St. Louis Metropolitan Police Department this week surrounded the courthouse and police headquarters with barricades in anticipation of protests, should Stockley be acquitted.

The defendant waived his right to a jury trial, so St. Louis Circuit Judge Timothy Wilson is weighing the evidence.

"This is not an easy case," Wilson wrote in an order granting the defense request to waive the jury trial. "Whatever the ultimate outcome, it will likely be melancholy."

Stockley, who testified on his own behalf, has pleaded not guilty. He has said he acted in self-defense when he fired at Smith, believing the man was reaching for a gun in his car after a high-speed police chase following a suspected drug deal.

"The issues in this case are factual in nature: (W)as the shooting of Anthony Smith premeditated murder or did Jason Stockley act in lawful self-defense?" Assistant Circuit Attorney Aaron Levinson said in a motion opposing the request for a bench trial.

Dramatic footage -- captured on the police vehicle dashcam, an internal vehicle camera and cell phone video of the shooting's aftermath -- has played a key role in the trial that began August 1 and ended a week later, according to CNN affiliate KMOV.

In its opening statement, the prosecution said the officer fired "a kill shot" 6 inches from Smith's body, KMOV reported. Prosecutors accused Stockley of planting a silver revolver after the shooting, according to the station.

Video from the police vehicle's in-car camera reportedly shows Stockley taking off his gloves before rummaging through a bag in the police vehicle. The defense said he went to get a "quick clot" pack to help slow Smith's bleeding from gunshot wounds.

Prosecutors said that's when Stockley retrieved the gun, KMOV reports, but it's impossible to tell from video footage. Lab analysis of the gun showed only Stockley's DNA on it, according to the criminal complaint.

Stockley killed Smith nearly three years before the fatal shooting of Michael Brown in nearby Ferguson, but the case hasn't attracted much attention outside the St. Louis area. State and federal authorities initially didn't prosecute the officer, but in Ferguson's aftermath, then-St. Louis Circuit Attorney Jennifer Joyce charged him with first-degree murder in May 2016, citing newly discovered evidence.

Stockley's trial marks the first time since 2000 that a St. Louis police officer has been charged with murder for a shooting while on duty.

Few police officers ever face trial in shooting deaths, and even fewer are convicted. The past year has seen officers acquitted or mistrials declared after jurors deadlocked in several high-profile trials, including at least four since May.

Officer says he feared for his life

Stockley and his partner, Brian Bianchi, tried to stop Smith after witnessing a suspected drug transaction in the parking lot of a Church's Chicken restaurant around midday on December 20, 2011, according to an internal police department report that the St. Louis Post-Dispatch obtained.

In the report, Stockley said Smith backed into their police SUV twice in an apparent attempt to harm them.

Bianchi told Stockley he believed Smith was reaching for a weapon, the report said. Stockley exited the police SUV, carrying his department-issued handgun, as well as his personal AK-47 pistol, which was against department policy to carry.

As Smith tried to speed away, knocking Stockley sideways, the officer fired several shots at the suspect's vehicle, saying he feared for his life and the safety of others, the report said.

Stockley and Bianchi alerted police dispatch that shots had been fired and pursued Smith. At some point, the police vehicle crashed into Smith's Buick in an attempt to avoid hitting a truck, the report said.

The officers were chasing Smith at speeds of more than 80 mph, according to the criminal complaint. It said Stockley was heard on video saying he was "going to kill this motherf***er" and told his partner, who was driving, to "hit him right now," before the crash.

Smith was still alive after the crash when the officers approached his car with their weapons drawn. Stockley said in the internal report he ordered Smith to show his hands. He said he believed the suspect was reaching for a handgun between the center console and the passenger seat.

"In fear for my safety and that of my partner," Stockley said in the report, "I discharged my department-issued firearm at the subject striking him in the chest."

Stockley said he returned to the police SUV to retrieve materials to render first aid, but when he returned it "was a futile effort to save the subject's life."

Stockley then entered Smith's car "to locate the weapon and render it safe," the report said. He removed the ammunition from the silver revolver, he said in the report.

Forensic analysis revealed that Stockley's was the only DNA present on the gun he said belonged to Smith, the criminal complaint said.

Stockley's partner, Bianchi, has not been charged in the case.

'Give this family some justice'

On the first day of the trial, Circuit Attorney Kim Gardner acknowledged prosecutors' difficulty in obtaining convictions against police officers, but in a statement, she said that "I believe people should be held accountable for violating the law, regardless of their occupation or social status."

"Without a doubt, Mr. Stockley is guilty of murder in the first degree," prosecutor Robert Steele said during closing arguments August 9. "Give this family some justice. They've waited so long for it."

Stockley's attorneys did not respond to CNN's request for comment. The judge has put a gag order in place, restricting attorneys from talking about the case.