Jurors stuck on sentencing for Arias 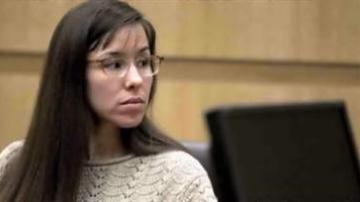 PHOENIX — Jurors deliberating the sentencing for a woman convicted of killing her boyfriend are deadlocked.

After hours of deliberations, jurors in the Jodi Arias trial were unable to come to a unanimous decision as to whether or not she should get the death penalty or life in prison.

The judge offered some tips and told them to try again.

The jury's decision must be unanimous for Arias to be sentenced to death.

While speaking with ABC News, Arias said the jury was against her.

"I feel, I feel a little betrayed by them. I don't dislike them," said Arias. "I just was really hoping that they would see things for what they are. And I don't feel they did."

In the case of a deadlock, a new jury would have be chosen for this phase of the trial.