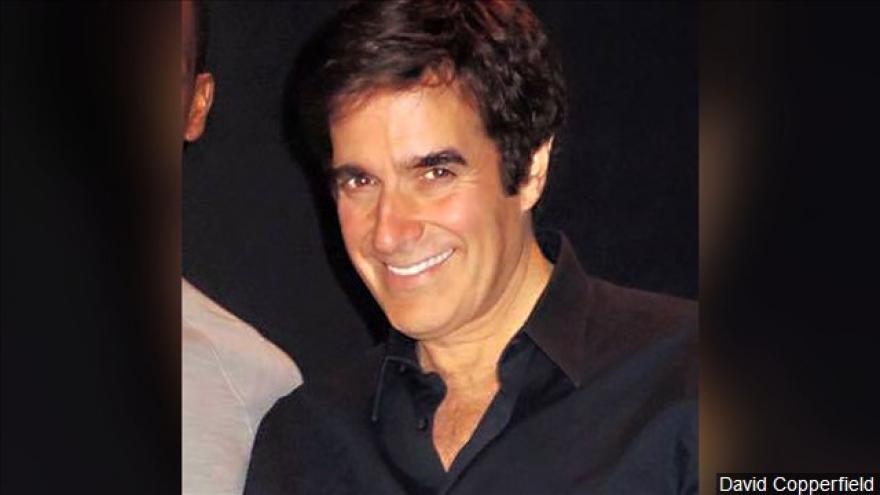 Illusionist David Copperfield was found negligent but not financially responsible for a British tourist\'s injuries during a signature vanishing act that used participants from the audience of a Las Vegas Strip show in 2013. Photo courtesy David Copperfield

LAS VEGAS (AP) — Illusionist David Copperfield was found negligent but not financially responsible for a British tourist's injuries during a signature vanishing act that used participants from the audience of a Las Vegas Strip show in 2013, a jury said Tuesday.

Gavin Cox and his wife, Minh-Hahn Cox, alleged negligence by the multimillionaire magician, the MGM Grand hotel, two Copperfield business entities and a construction firm that was renovating the hotel.

In a complex verdict reached after several weeks of testimony but only about two hours of deliberation, the state civil court jury found negligence by Copperfield, the hotel and Copperfield's company, Backstage Disappearing Inc.

But jurors found no liability for each of those named in the lawsuit, and instead found Cox 100 percent responsible for his own injuries. The verdict means the Coxes cannot seek monetary damages, court spokeswoman Mary Ann Price said.

Gavin Cox testified that he suffered brain and other injuries in a fall while stagehands urged him and others to run during an illusion that appeared to make as many as 13 audience volunteers disappear onstage and reappear moments later, waving flashlights in the back of the theater.

His lawyer, Benedict Morelli, told jurors during closing arguments that the trick was inherently dangerous, and that Copperfield should be held partially liable for Cox's injuries. Four years ago, attorneys estimated that Cox had that racked up more than $400,000 in medical costs.

Copperfield's lawyers lost a bid to close the courtroom to the public to prevent disclosure of secrets about the illusion. At least 55,000 audience volunteers had taken part in the trick over 17 years, according to Copperfield and show executive producer Chris Kenner.

Jurors learned that in about 60 to 90 seconds, stagehands with flashlights ushered the randomly chosen participants past dark curtains, down passageways, around corners, outdoors, indoors and through an MGM Grand resort kitchen to re-enter the theater for the show's finale, according to testimony.

"I was having a good time up until the time I was injured," Cox testified.

He recalled stagehands shouting "Run! Run! Run!" through an outdoor alleyway that his lawyers say was coated with construction dust.

Cox, 57, a former chef from Kent, England, said he fell hard on his right side and didn't remember getting up to finish the illusion in November 2013.

Afterward, Cox said he received medical treatment from paramedics and at a hospital for shoulder and other injuries. Two day later, he and his wife and a lawyer returned to the theater at the MGM Grand and filed an accident report.

Copperfield testified that until Cox sued in August 2014, he never knew of anyone getting hurt during nearly 20 years performing the illusion on tour and in Las Vegas. He said he stopped performing it in 2015.

The magician said he didn't see construction dust on the ground when he passed through the same outdoor alley alone as part of another illusion about 10 minutes earlier.

Cox's lawyers brought in three women who testified that they also were injured during the illusion over the years, including a Michigan schoolteacher who said she fell but finished with a bloody knee during a Copperfield performance about five months before Cox's fall.