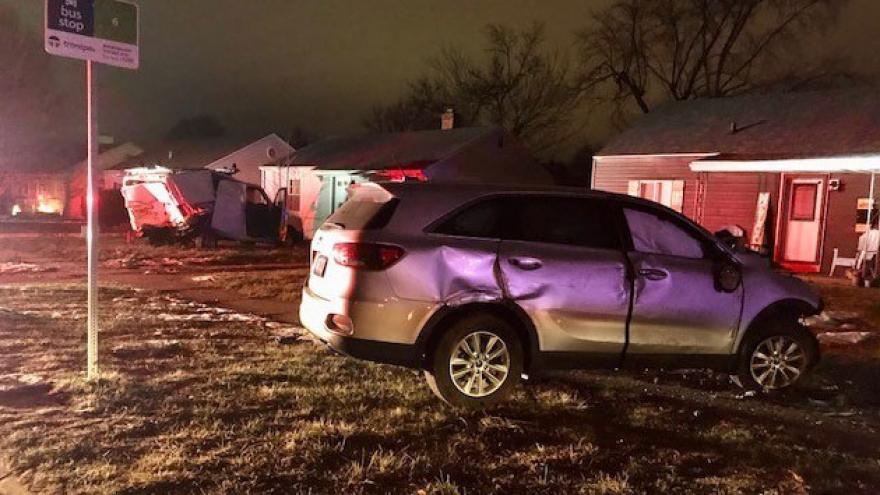 SOUTH BEND, Ind. -- A juvenile driver who was fleeing from a trooper was ejected from the vehicle when it crashed into a parked vehicle during the pursuit, according to Indiana State Police.

Around 11:20 p.m. Monday, a trooper was traveling behind a silver Kia Sorento southbound on Fellows Street in South Bend.

While stopped at a red light at Fellows and Sample streets, the door on the driver’s side of the SUV opened and two people ran from the SUV, reports said.

The driver then went through the intersection on the red light and continued southbound on Fellows, reports said.

The trooper turned on his emergency lights to conduct a traffic stop, but the driver continued southbound on Fellows, reports said.

Near the intersection of Fellows and Southmore Drive, the Kia crashed in a van that was parked in front of a home in the 3800 block of Fellows, reports said.

Police said the driver, a juvenile female, was ejected from the vehicle and taken to the hospital with injuries that are believed to be non-life threatening.

The Kia had been reported stolen out of South Bend, police said.