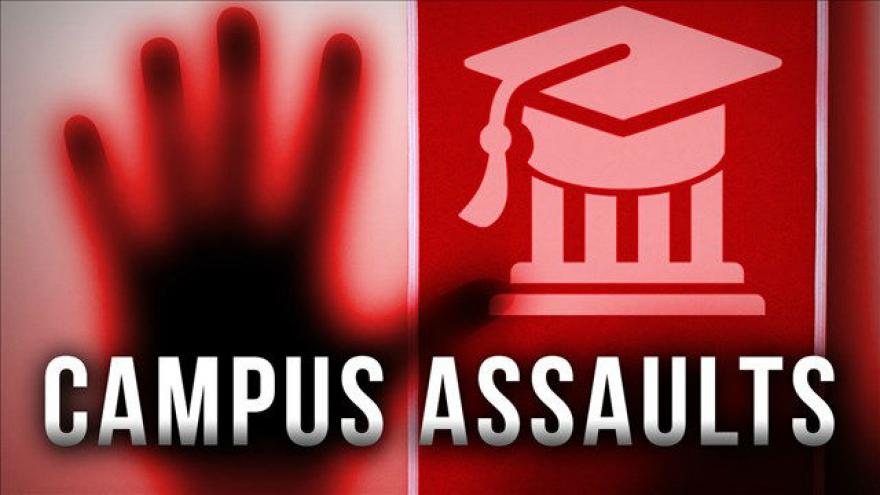 Police in Kansas are asking for the public\'s help in catching a rapist who has assaulted female students from the state\'s two biggest universities since 2000. Police think the 14 cases are connected.

By Ralph Ellis and Laura Diaz-Zuniga

(CNN) -- Police in Kansas are asking for the public's help in catching a rapist who has assaulted female students from the state's two biggest universities since 2000.

Twelve rapes and one attempted rape occurred between 2000 and 2008 inside residences off the campuses of Kansas State University in Manhattan and the University of Kansas in Lawrence, Brad Schoen, director of the Riley County Police Department, said Thursday at a news conference.

Police put out a warning about a suspect in the series of rapes in 2009, but no arrests were made. There were no other reports of cases fitting the profile of the assailant until July 2015, when a man entered a KSU student's residence in Manhattan intending to sexually assault her, Schoen said.

"A lengthy investigation into the incident has led us to conclude there is a high probability that the assailant is the same assailant from the previous cases," Schoen said.

Students have been on edge.

"It's scary knowing that at any moment any person is capable of doing that and they're on the loose," student Walla Ahmad told CNN affiliate KMBC in Lawrence. "I can't imagine what it's like to be put in that position and what a person has to go through."

He asked anybody who had been assaulted and not reported it, or who had seen something out of the ordinary, to contact police.

The descriptions of the assailant are not detailed and investigators have not released a sketch. The victims who could describe their assailant said he was white, wore a mask, had a belly and threatened them with a handgun, he said. He was described as being between 5-foot-9 to 6 feet tall.

"In 2015, he was described as a white male, approximately 5-foot-10, and heavier set, most noticeably around the stomach and thighs," authorities said in a news release. "The prominent stomach was a frequently mentioned characteristic from previous cases. As for age, we believe the assailant was at least 33 years old at the time of the 2015 incident based upon the date of the earliest case."

Schoen described the many similarities in the attacks.

Almost all occurred between 2 a.m. and 4:30 a.m., while the victims slept, and all but one occurred during breaks in the academic calendar at the schools, which are about 85 miles apart.

All those attacked were students

In the two attempted rapes, a second person was inside the residence, Schoen said.

In some cases, it was unclear how the rapist gained entry to the residences, Schoen said. "Many of the victims reported having locked their door(s), yet there were no signs of forced entry. There were also indications that victims were surveilled by the assailant prior to the incident," Schoen said.

Police said students should be alert.

"These were all very violent acts carried out by an assailant who did so in a cold, calm, calculated manner," Schoen said.

When asked why it took police so long to announce the connection between the 2015 case and the previous cases, Riley County police spokeswoman Hali Rowland said, "In some ways, the 2015 (case) had significant similarities to the other cases and in some ways it was dissimilar.

"The 2015 case also (had) a number of investigative leads to follow up on. There was an internal review and discussion of the case and coordination with the Lawrence Police Department.

"The privacy of the survivors was also taken into account and there was a lot of work going on behind the scenes, and while that work is still underway it has progressed to a point where we are now in a position to bring the 2015 case to the public's attention."

Police have created a website with information about the investigation.