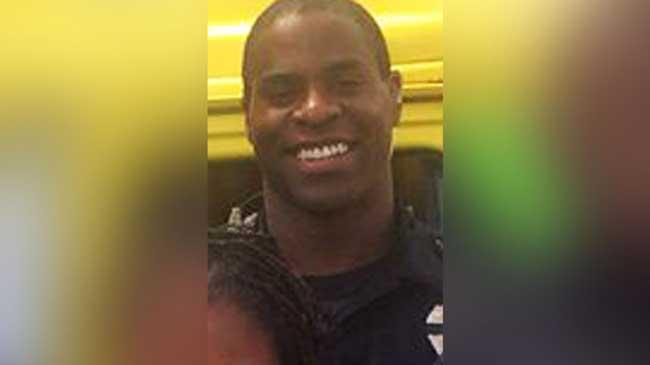 In his hour-long announcement, Murray refuted a series of what he said were erroneous claims made shortly after the shooting. He said those narratives fueled widespread misconceptions about what actually happened.

-- Scott's relatives said he didn't have a gun, but "all the credible evidence" led to the conclusion that Scott was armed, Murray said. He said Scott's DNA was on the grip of a gun found at the scene.

Murray also said at least three officers reported seeing Scott holding a gun before he was shot, though dashcam video did not show that detail.

-- Shortly before the shooting, Scott visited a local convenience store. There, surveillance video showed a bulge around Scott's ankle that was consistent with the holster and gun later described by officers, Murray said.

Murray said Vinson, who is black, was the only officer who shot Scott. He said an analysis of the other officers' guns showed those guns were fully loaded, while Vinson's gun was missing several bullets.

-- After the shooting, Scott's daughter posted a video on Facebook Live saying her father was in his car reading a book. But the daughter also did not witness the shooting. And no book was found at the scene, Murray said.

Murray said that while criminal charges are not appropriate, "I know some are going to be frustrated."

He said he met with Scott's family Wednesday morning to tell them about his decision and said the family was "extremely gracious."

"We still have concerns," Monnett said. "We still have real questions about what decisions were made that day," such as whether police could have used better de-escalation techniques that may have prevented Scott's death.

Another Scott family attorney, Justin Bamberg, acknowledged Wednesday that "it's safe to say he did have a gun on his person" -- but there was no definitive proof that he had the gun in his hand.

The district attorney said while police reported seeing Scott with both marijuana and a gun, there was no evidence to show Scott raised the gun. Regardless, Murray said, Scott "could have raised his gun at any point" to shoot officers.

Scott's death sparked massive protests -- sometimes violent -- and fueled the national debate about whether police are too quick to use deadly force, particularly against black men.

The fact that the officer is also black doesn't matter, some Charlotte residents said.

'This is not a black/white thing. This is a blue/black thing'

The deadly encounter started when police said they were looking for a person with an outstanding warrant at an apartment complex. That's when Scott, 43, exited a vehicle with a gun.

After widespread demands for the release of dashcam video, officials released the footage in October. But it didn't tell the complete story, such as whether Scott was holding or raising a gun.

The police footage shows an officer in plain clothes with his weapon drawn on Scott as Scott exits an SUV and begins walking backward. Vinson then shoots Scott four times.

Video taken by Scott's widow shows a different perspective of what happened -- but also doesn't tell the complete story.

In that video, a man repeatedly yells for someone -- apparently Scott -- to "drop the gun."

"He doesn't have a gun. He has a TBI (traumatic brain injury)," Rakeyia Scott says, referencing an injury Scott sustained in a motorcycle accident. "He's not going to do anything to you guys. He just took his medicine."

CNN's Shawn Nottingham and Ryan Rios contributed to this report.