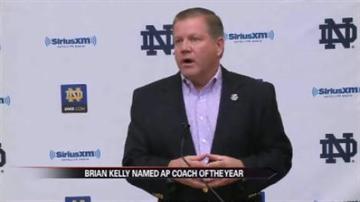 According to the Associated Press, Kelly received 25 votes from its college football panel.

Kelly is the first Notre Dame coach to win the AP award which started in 1998.