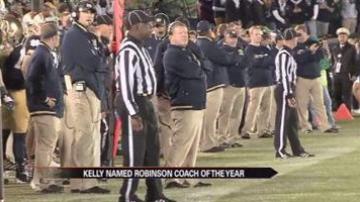 This is Kelly's first time receviing the award.

Last week, Kelly was named the Home Depot Coach of the Year.

The Irish will play Alabama in Miami on Jan. 7 for the BCS National Championship.