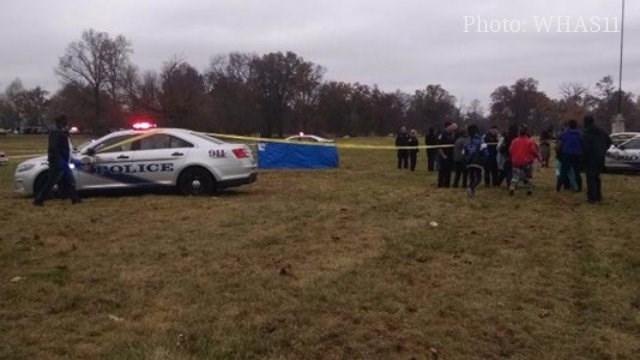 The shooting, shortly before 2 p.m., happened during what locals know as the annual Juice Bowl, which fills Shawnee Park with children and parents for a series of holiday football games, CNN affiliate WAVE reported.

The shooting suspects were at large and the motive for the gunfire was unclear, according to Dwight Mitchell, a spokesman for the Louisville Metro Police Department.

Four people were rushed to hospitals. Their condition is unknown but WAVE reported that their injuries were not life threatening.

CNN's Dave Alsup and Travis Sattiewhite contributed to this report.