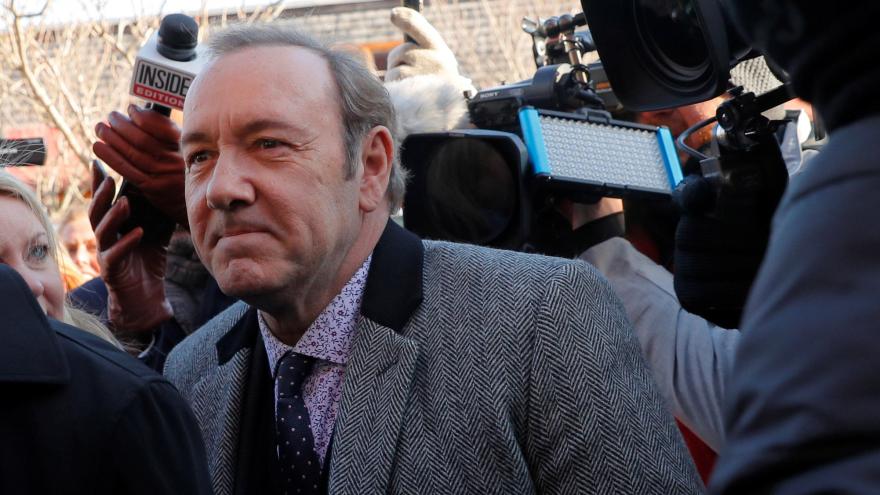 Kevin Spacey will play a detective in an upcoming Italian movie called, \"L\'uomo Che Disegnò Dio,\" his first film since being accused of sexual misconduct in 2017. Photo: Brian Snyder/Reuters
Originally Published: 24 MAY 21 22:05 ET
By Chloe Melas and Toyin Owoseje, CNN

(CNN) -- Kevin Spacey is set to star in his first film since being accused of sexual misconduct in 2017.

CNN has confirmed that the actor will play a detective in an upcoming Italian movie called, "L'uomo Che Disegnò Dio." The film is directed by and also stars Franco Nero. It will also star Nero's wife, Vanessa Redgrave.

"I cast him because he is a great actor," Louis Nero, the film's producer, told CNN in a phone interview on Monday.

When asked about accusations made against Spacey, Nero said he believes that it's "false."

Spacey garnered backlash in 2017 after actor Anthony Rapp told BuzzFeed News that the actor made a sexual advance toward him in 1986, when Rapp was 14 years old.

That same year, CNN reported that the actor made the set of Netflix's "House of Cards" into a "toxic" work environment through a pattern of sexual harassment, based on interviews with eight people who worked on the show at the time or had in the past.

Netflix subsequently fired him and Sony re-cast his role in the film "All The Money in the World." Spacey never commented on the assault accusations, but he did apologize for making unwanted sexual advances towards actor Anthony Rapp in the 80s when Rapp claimed to be only 14.

"But if I did behave then as he describes, I owe him the sincerest apology for what would have been deeply inappropriate drunken behavior, and I am sorry for the feelings he describes having carried with him all these years."

Nero told CNN that although the movie will be in Italian, Spacey's part will be in English.

They are currently filming and the movie will be released early next year.

CNN has reached out to attorneys for Spacey for comment.