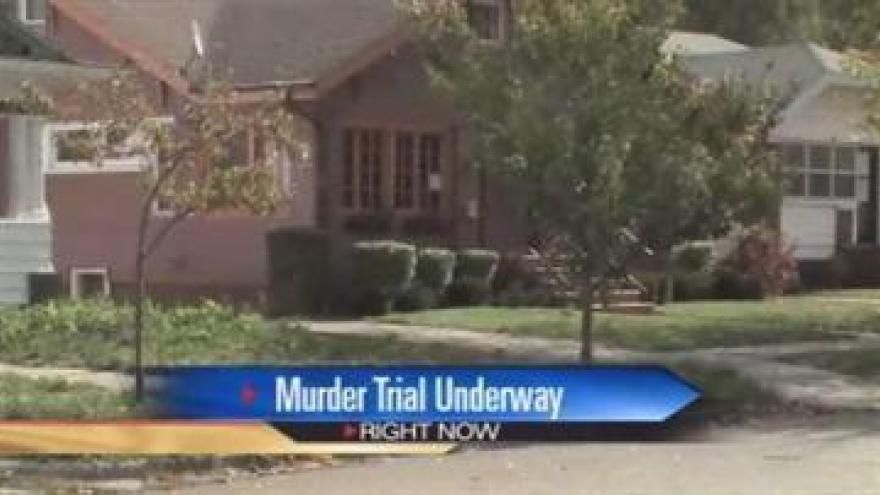 ELKHART, Ind -- In the trial of three teens accused in a deadly home invasion, one of the prosecution's key witnesses is recanting his testimony. One of the suspects took a plea deal and was testifying Wednesday when he changed his story.

The three teens, Levi Sparks, Anthony Sharp Jr and Blake Layman, are accused of breaking into a home in Elkhart last October. During the incident, the homeowner shot one of the suspects claiming self defense. That suspect, Danzele Johnson, died.

The three teens are charged with Johnson's murder.

Quiroz is one of the state's key witnesses. He pleaded guilty to felony murder in November.

In his original statement to police and in his testimony at his plea hearing, he testified under oath that the teens on trial were all involved with the burglary.

But Wednesday, Quiroz changed his story. Quiroz now claims that he lied in his original statements and that he no longer remembers the events of that night.

He now says that he was under the influence of marijuana, cocaine, ecstasy and a prescription medication when he gave his initial statements to police on the day of the burglary.

He then testified that he felt threatened by both his attorney, a public defender, and by the chief deputy prosecutor for the state of Indiana.

He told the court that he was told he could serve 108 years in prison if he did not take the plea deal.

Quiroz's previous testimony is a key piece of evidence in this case, whether or not it can be used is in question.

The testimony was read aloud in court and the judge told the jury it was strictly for impeachment purposes which means it could be removed from submission.

If that testimony from the plea hearing is removed, the state would have only the testimony of the detectives who interviewed the teens.