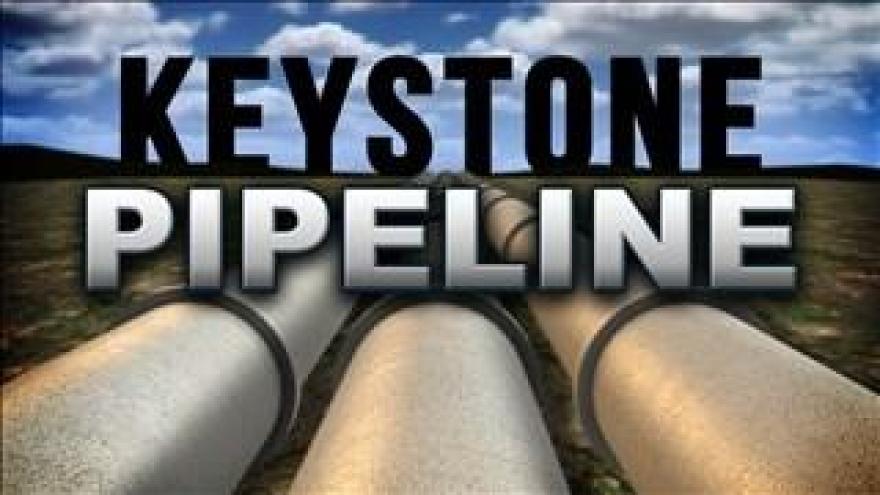 WASHINGTON (CNN) -- The State Department is set to approve the Keystone XL pipeline by Monday, a senior US official said, reversing the Obama administration's decision to block the controversial oil pipeline.

Tom Shannon, the State Department's undersecretary for political affairs, will sign TransCanada's permit, making good on one of President Donald Trump's campaign promises. It will greenlight the Canadian company to complete construction on the pipeline that will funnel crude oil from Canada to refineries on the Gulf Coast, the senior US official said.

Secretary of State Rex Tillerson, the former CEO of ExxonMobil, recused himself from the case earlier this month. Trump in January signed an executive order to advance the pipeline's approval.

The approval follows years of intense debate over the pipeline amid hefty opposition from environmental groups, who argued that the pipeline supports the extraction of crude oil from oil sands, which pumps about 17% more greenhouse gases than standard crude oil extraction. Environmentalists also opposed the pipeline because it would cut across the Ogallala Aquifer, one of the world's largest underground deposits of fresh water.

The State Department concluded in January 2015 that the project would create about 42,000 jobs directly and indirectly, but just 3,900 construction jobs if it was built in one year. The pipeline would create 50 permanent jobs to maintain the pipeline.