Kids as young as preschool can get sexual violence prevention training 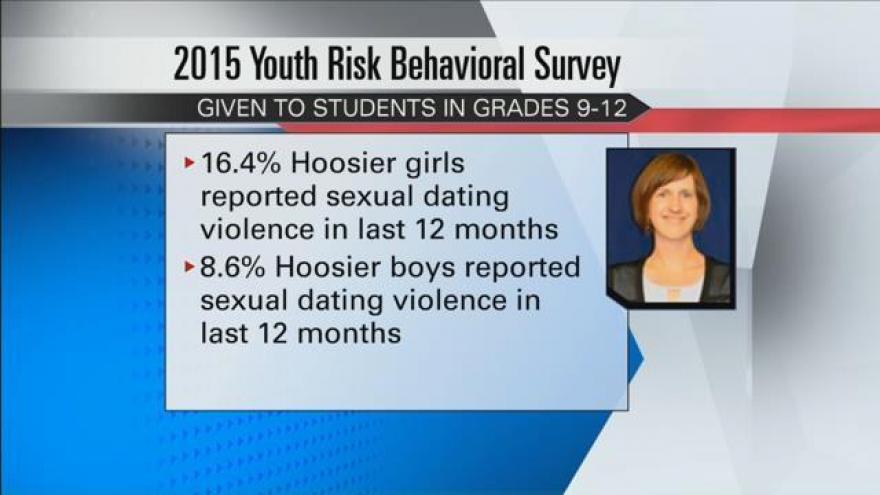 When word spread of a convicted rapist getting a six month sentence for the sexual assault of a young woman on Stanford University’s campus, Americans across the country took to social media to protest.

We turned to Indiana state officials to ask what they're doing to combat sexual assault in our state.

Laura Chavez, the Director of the Office of Women’s Health at the Indiana State Department of Health (ISDH), says their plan is aimed at stopping sexual assault before it ever happens and that training should start a lot earlier than you think.

“Education really starts in preschool and continues through the life course,” states Chavez.

She says this recommendation is evidence-based and informed by the data they currently have on the efficacy of their programs.

“The CDC has rigorously evaluated and seen that when these programs are implemented we do see corresponding lower rates of sexual violence with those who have participated in those programs,” says Chavez.

They typically target middle school and high school aged kids with programs like Coaching Boys into Men, which uses athletic departments to pass down the training.

Chavez says preventing sexual assault needs to be focused on respect for others, appropriate boundaries and healthy relationships. So, kids as young as preschool age can benefit from these programs.

Terri Lee, Violence Prevention Program Director for the ISDH agrees. She says though the programs for older kids look very different than the ones for younger kids their training is just as important.

“It’s healthy relationships, healthy friendships, those types of curriculum that are for younger students,” remarks Lee.

For some older students, by the time they get into high school, they’ve already experienced sexual violence in some way.

The Youth Risk Behavior Survey (YRBS) administered to students in 9th through 12th grade, is an anonymous, paper questionnaire that students take in participating public and private schools.

When asked if she thinks it would follow that kids who receive this training early on in their lives could lower incidences of sexual violence by the time they got to college, Chavez said she didn’t have data to back it up, but she was hopeful.

“Introducing the concepts of respect and healthy relationships early, I think naturally would have a benefit in preventing violence,” said Chavez.

Chavez penned the Indiana State Sexual Violence Primary Prevention Plan with the help of more than 30 individuals and community groups who contributed to its content. The plan is implemented state-wide through a variety of community programs.

For information on bringing these programs to your community visit the ISDH Sexual Violence Prevention website.