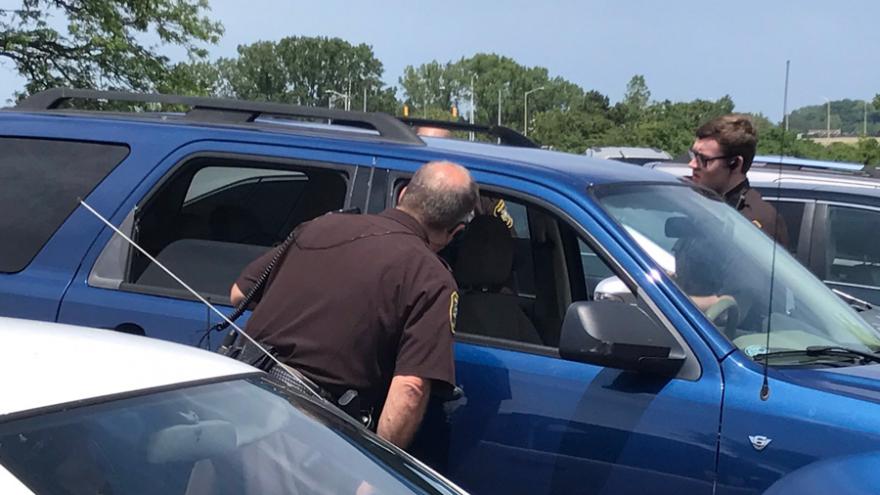 BERRIEN COUNTY, Mich. - We’ve covered countless cases inside the Berrien County Courthouse but it’s what happened outside those walls Thursday afternoon that has many people outraged.

Courthouse security officials had to rescue two children from a hot car that was parked at the courthouse parking lot.

The kids, ages 2 and 4, are doing OK, but police say they were locked inside for up to 30 minutes.

The windows were down but the car wasn’t running-

Police and courthouse deputies surrounded a blue SUV, just before 2 p.m., after being advised two children were inside.

Police say their mom was in court, while a family friend was supposed to watch them.

But when security arrived, that friend was standing outside, chatting with someone else.

He told police he was keeping an eye on the kids.

No arrests were made and the children were given back to mom.

“Family friend couple of rows down watching car and when Deputy Johnson removed kids from car, he was going to taken them into courthouse he said I know these kids I know the mom shes in the courthouse," said Sgt. Jason Yonker, an official with the St. Joseph Department of Public Safety.

No arrests were made, but that doesn’t mean this investigation is over.

Police will hand their report to child protective services.

Police say the children’s mother could still be charged with child endangerment.