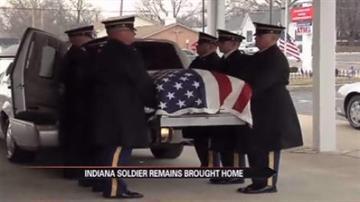 BRAZIL, Ind. -- After 62 years, an Indiana soldier has finally been brought home.

Robert Archer first disappeared during the Korean War. Then, the Chinese Military told the U.S. they had taken him prisoner.

He died as a prisoner of malnutrition back in 1951.

Since then, his body has been missing but thanks to new DNA technology our government was finally able to find his remains and bring him back home.

Tuesday, he was returned to his hometown of Brazil, Ind.

His funeral will be held on Saturday at 11 a.m.