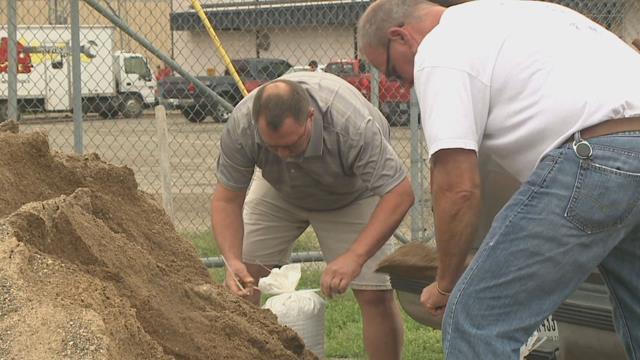 Another rainy evening around Michiana could mean flooding for some counties.

Kosciusko County officials are doing what they can to help folks there to prepare for the worst.

They're giving out sandbags

“The water was knocking on my backdoor,” said Doug Caudill.

Warsaw resident Doug Caudill's home is close to a lake in Kosciusko County.

So when it poured at the beginning of the week, it hit him hard.

“I got five inches of rain Monday,” said Caudill.

So he's taking to the county's sand fields to keep water out of his home.

“You can use this to redirect water, cause it to flow in a different direction than just into your basement,” said Edward Rock, Emergency Management Director for the county.

He says the county lends its almost unlimited supply of sand hills to the public to help protect from surface water overflow.

But these sandbags can be problematic under extreme rainfall.

They can weigh up to 40 pounds but they aren't built to stop major floods.

“It will wash them away as well if you get a huge flash flood type of a situation,” said Rock.

But before the water rises some more, residents like Caudill just want to be prepared.

“My little brother is going to grab probably a dozen [sandbags], but we can use more.” he said.